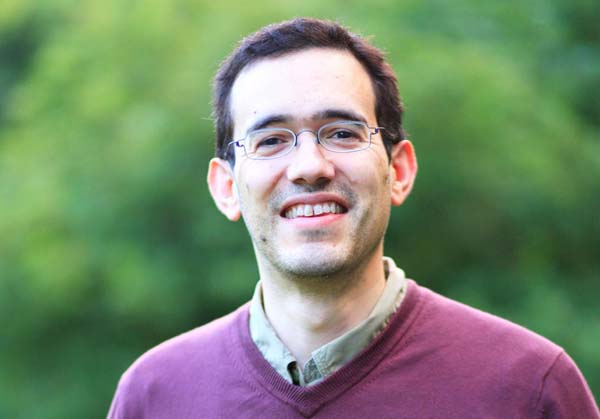 University of Portsmouth celebrates LGBT History Month in February with a film festival and a free public lecture.

On Wednesday, February 3, Dr Dominic Janes, Reader in Cultural History and Visual Studies at Birkbeck, University of London will deliver a lecture.

In Visions of Queer Martyrdom: sexual and spiritual lives before lesbian and gay liberation, Dr Janes will argue that religion and homosexuality are not as antagonistic as they might appear.

The academic will demonstrate that Catholic forms of Christianity played a key role in the evolution of the culture and visual expression of homosexuality and same-sex desire in the 19th and 20th centuries.

Touching on everything from the ‘queer families’ of Victorian monasteries to the work of writers and artists such as Oscar Wilde and Derek Jarman, the lecture promises to illustrate both the limitations and ongoing significance of Christianity as an inspiration for expressions of homoerotic desire.

Meanwhile, on Thursday, February 4, the Pride LGBT Film Festival gets under way with a screening of The Imitation Game, starring Benedict Cumberbatch as pioneering computer scientist and code-breaker Alan Turing, who was chemically castrated after being charged with gross indecency.

On Thursday, February 11, The Portsmouth Film Society season, supported by the University’s LGBT Staff Forum [LINK], continues with 52 Tuesdays. Shot in real-time every Tuesday over a year, the award-winning Australian film charts the evolving relationship between a girl and her mother, who is transitioning to become a man.

On Thursday, February 18, is A Girl At My Door, about a Korean police academy graduate who is transferred to a small village due to ‘misconduct’.

The season concludes on Wednesday, February 24 with the premiere of Departure, a French-British co-production about a teenage boy wrestling with his sexuality while on a family holiday in the south of France.

For tickets and more information about the film festival, click here: