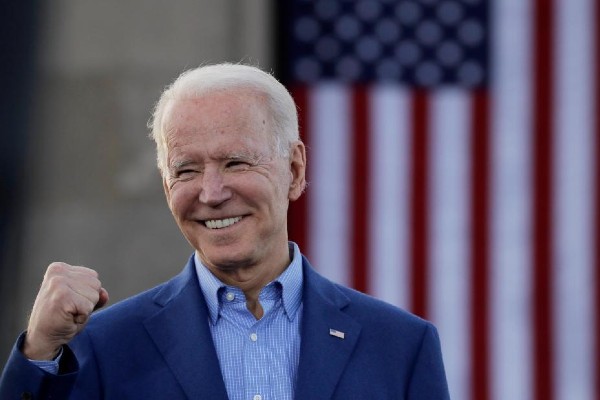 A new poll, conducted by advocacy organisation GLAAD, found LGBTQ+ Americans overwhelmingly approve of president Joe Biden following his first 100 days in office. The survey interviewed 800 LGBTQ+ identifying adults in the US, discussing Biden’s efforts to advance LGBTQ+ equality during his first few months as president. 78% said Biden is doing an “excellent or good job” so far, with a further 73% approving of his handling of LGBTQ+ issues.

Many respondents expressed concerns about the wave of anti-trans bills sweeping the US, as well fears that the Equality Act will not be passed by the national Senate. In response to the findings, GLAAD president and CEO Sarah Kate Ellis said: “President Biden has earned the overwhelming support of LGBTQ+ people because he and his administration have hit the ground running to reverse the immeasurable damage of the last four years.”

She continued: “It’s clear, however, that those who oppose our rights are not letting up, and anti-LGBTQ+ lawmakers and groups…have moved the battleground out to the states.” An estimated 30 states are currently considering anti-LGBTQ+ regulations, the majority of which target young trans people. 77% GLAAD survey respondents reported feeling “unsafe” when officials attempt to pass laws that limit LGBTQ+ rights, with Ellis saying: “It’s time for elected officials to stop using misinformation to target LGBTQ people – especially transgender youth. The consequences are severe.”