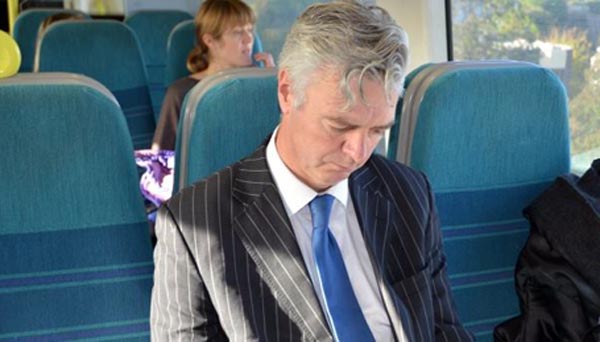 He was joined by 20 other MPs from the region and senior members of Network Rail, Govia Thameslink Railway (GTR), Transport Focus and the Department for Transport’s Passenger Services team.

The purpose of the meeting was to provide an opportunity for MPs to ask questions on behalf of their constituents about the causes of the recent service performance and review the plan for delivering a better service for rail customers on GTR’s Southern, Thameslink and Gatwick Express routes.

Simon said: “Brighton commuters and taxpayers are incredibly frustrated and unhappy with the service being provided. Even today, train services on the Brighton line suffered more disruption making it a very frustrating morning for all concerned.”

Commenting on the meeting Simon, said: “I really do understand people’s anger and frustration although in fairness up until now we have seen decades of under investment. This is one of the busiest railways in Europe and it is clear that hard-working commuters expect and deserve better services.

“As a regular user of the Brighton to London line, I am well aware of the shortcomings of the service and the problems with lateness and cancellations that commuters have to deal with on an almost daily basis. I have been contacted by many unhappy constituents who have suffered disrupted journeys and I am glad that MPs have this opportunity to insist on improved reliability, seating and customer services on and around the Brighton Mainline.”