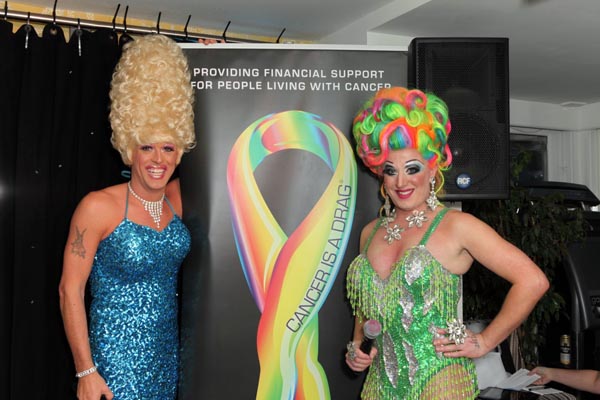 Friends and colleagues of entertainer Stephen N H Bacon aka Lady La Rue joined with the charity Cancer is a Drag at Legends on Sunday, October 11 to celebrate his life in song and dance.

Stephen died in June this year after a heroic fight against cancer. The final total raised from the event, which was hosted by Drag With No Name will be announced next week. Tony Chapman who was hosting the celebration at Legends has made a personal donation of £750.00 towards the final total.