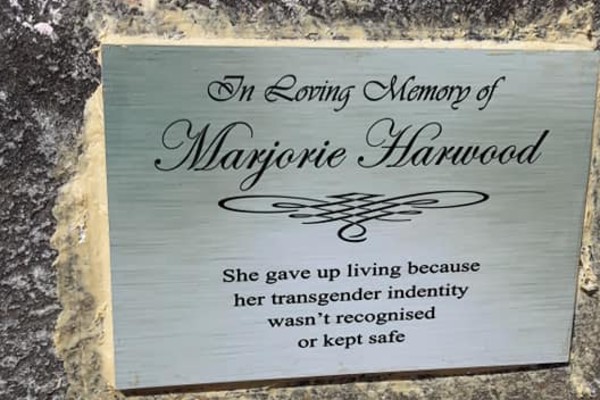 A petition has been launched to urge authorities in Tasmania, an island state of Australia, to improve conditions for trans prison inmates after a trans woman was sexually assaulted five times in Risdon prison three years ago. According to local news outlet, SBS, Marjorie Harwood, a trans woman who died of kidney failure at 38, was assaulted by five men during her time as an inmate where she was placed in male facilities. The petition was launched by her mother, Rosemary Harwood.

Rosemary said her daughter did not report the incidents of assault, and later refused treatment for kidney disease in 2018: “Marjorie said ‘I want to die mum’ – because of the rape. She knew she was going back to jail [for stealing food].” In memory of Marjorie, Rosemary launched an online petition calling for the protection and recognition of trans people within the prison system, with the assistance of local LGBTQ+ advocate, Ben Dudman.

She said: “[The petition] is to protect transgender and gender diverse people in the prison system, they should be treated fairly and properly. Not be outcasts because of their gender. I know with Marjorie growing up, she copped heaps of abuse, and bullying and it’s not fair.” Rosemary also suggested if laws protecting trans inmates had existed earlier, her daughter would still be alive.

A representative of the Tasmanian Department of Justice said they could not yet comment on Marjorie’s sexual assault: “For privacy reasons, and considering legal action has been foreshadowed, it is not appropriate to comment on these allegations.”