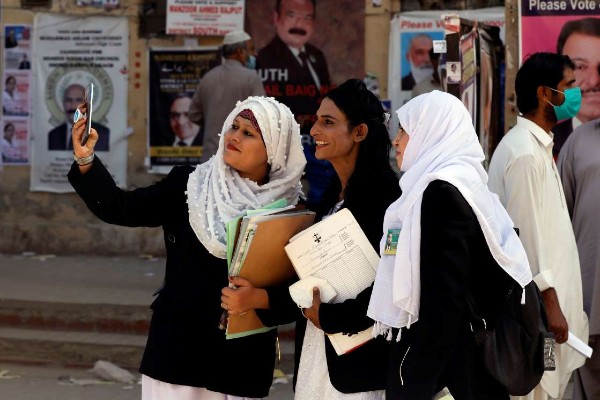 Nisha Rao, 28, is Pakistan’s first transgender lawyer, having gone from begging on the streets to gain her law license earlier this year and joining the Karachi Bar Association. In 2018, the country’s parliament passed a law recognising trans people as equal citizens and giving them legal protections from discrimination, however many still face prejudice and unemployment. Rao used money from begging to fund overnight law classes, and several years later received a degree.

She has now contested 50 cases and is working with a local organisation which advocates for trans rights. Rao told Reuters: “I am proud to have become Pakistan’s first transgender lawyer…My goal is to become Pakistan’s first transgender judge”. The local trans people have thanked her for supporting them, with one saying: “Rao used to beg here along with us, today she is better [off] than many [trans people in Pakistan]. But she still helps us, she even responds at midnight if we contact her”.

.Another client said: “As my case pertains to harassment, I feel that Rao can represent me best since transgenders are subjected to frequent harassment in our society”. It is estimated there are half a million trans people living in Pakistan, with the coronavirus pandemic disproportionately affecting them as many worked at weddings and celebratory functions, which can no longer go ahead under lockdown regulations. Recently however, Khyber-Pakhtunkhwa Social Welfare Department – based in Peshawar, the capital of the Pakistani province – laid out new policies to increase protections for the area’s transgender community, including improvements to healthcare and employment accessibility.