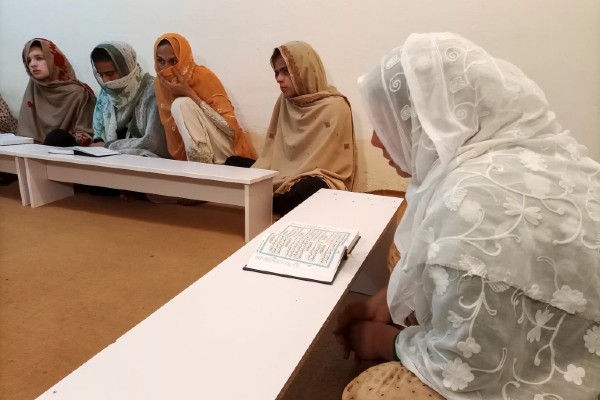 The first trans inclusive madrasa – a Muslim faith school – has opened in Pakistan, marking a milestone for the country’s LGBTQ+ community. According to Al Jazeera, the school was set up by 34-year-old trans woman Rani Khan, who used her life savings to do so. Khan said she was disowned by her family at 13 for her gender identity, adding: “Most families do not accept transgender people. They throw them out of their homes.”

Khan said she is offering a place for trans people to worship without fear of discrimination, and is teaching students how to sew and embroider with the hopes of selling clothes to raise further funds for the school. Islamabad (Pakistan’s capital) deputy commissioner, Hamza Shafqaa, believes trans inclusive schools could help progress equality, saying: “I’m hopeful that if you replicate this model in other cities, things will improve.”

Pakistan is following in the footsteps of Bangladesh, which opened its first trans inclusive school in November 2020. The school aims to tackle illiteracy and therefore unemployment among the trans community to help integrate trans people into society more.