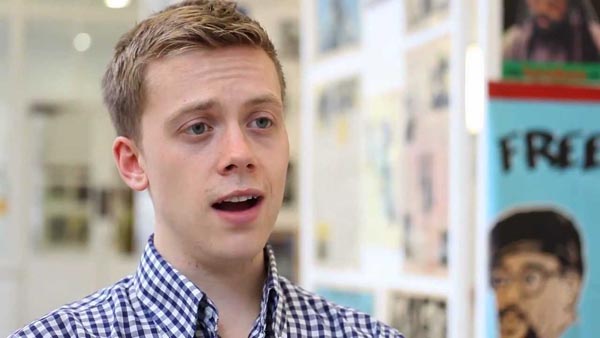 From zero hours contracts to rental properties, politics impacts young people’s lives on a daily basis but do they feel properly represented?

NANCY Platts, Labour’s Parliamentary Candidate for Brighton Kemptown and Peacehaven will be hosting an event with Guardian columnist and author of The Demonisation of the Working Class and The Establishment – And How They Get Away With It, Owen Jones, on Wednesday, April 8, at Dorset Gardens Methodist Church, Dorset Gardens, Brighton BN2 1RL from 7pm to 8.30pm to give young people a voice in the lead up to the General Election and to discuss the issues that matter to them.

Nancy said: “It’s great to have Owen Jones coming to support my campaign, I want to reach out to as many groups as possible in this campaign, to hear what they have to say and if elected on May 7 be able to represent their views in Parliament. In Brighton Kemptown and Peacehaven there is a choice between more of the same with the Conservative MP or Labour’s plan of a ban on zero-hour contracts, guaranteed apprenticeships and lower tuition fees”

The event will consist of a panel discussion between the audience and Nancy and Owen, who will be joined in the discussion by: Solomon Curtis, Labour’s Parliamentary Candidate for Wealden, who if elected will become the youngest MP ever. He studies at University of Sussex and is involved in student politics and Sian Carey, the Chair of Brighton and Hove Young Labour. Sian is studying at college and although unable to vote at this election because she is too young, is an avid political campaigner.

An evening of lively discussion and debate is promised with the panel on how Labour can engage young people, get them vocal and voting in the most important election in a generation!