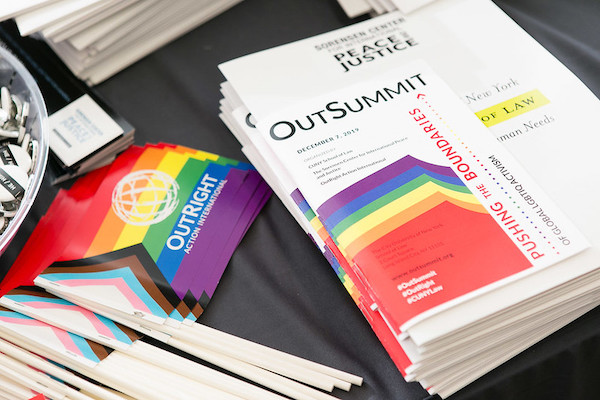 OutRight Action International, the LGBTQ+ human rights organisation, has announced this year’s OutSummit, a key engagement opportunity and OutRight’s annual conference on the human rights of LGBTQ+ people, will be held virtually from December 10-12.

OutSummit will feature LGBTQ+ advocates and allies discussing the movement’s priorities and challenges. It’s a space to reflect on the LGBTQ+ organising in the past year, strategise collectively, and celebrate queer people.

This December, there will be sessions on Navigating Faith and Religion-Based Discrimination, Conversion Therapy, LGBTIQ Visibility in the Media, Gender Ideology, and much more. It’s a good opportunity to understand current trends in the LGBTQ+ movement and meet activists from around the world. In past years, OutRight has heard from speakers such as Karamo Brown (Queer Eye), Joy Belmonte (Mayor of Quezon City, Philippines), and Menaka Guruswamy and Arundhati Katju (public interest litigators against Article 377A in India).

Jessica Stern, Executive Director at OutRight Action International, said: ‘We can’t be together in person, but we know that LGBTQ+ issues are just as pressing now as they were one year ago.

‘We hope you’ll join us to learn, advocate, and connect at OutSummit 2020.’