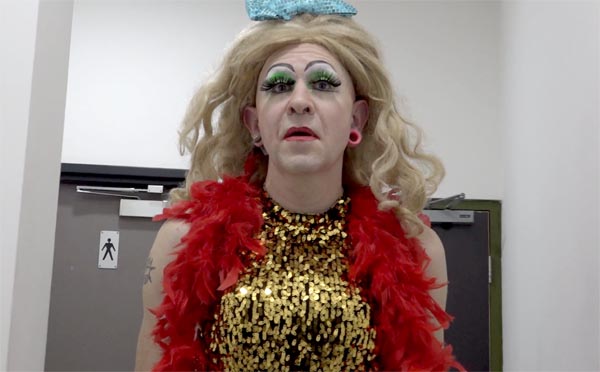 Oska Bright, the world’s leading learning disability film festival, continues to building on its successful LGBTQ+ screening, launched at its last festival in 2017.

AT the festival, four films were shown in the new Queer Freedom screening after a keynote speech by queer/femme learning disabled filmmaker Matthew Kennedy that highlighted the importance of seeing yourself represented on-screen – Matthew said: “the fact that Oska Bright have decided to take the initiative to create an LGBTQ+ strand is nothing short of ground-breaking, it shows their enthusiasm and willingness to listen to the voices of a specific community who are rarely seen or heard.”

This year the festival is looking to increase the number of LGBTQ+ films shown and is calling for people to submit short films that tackle themes of identity, gender and sexuality.

Films can be any genre, from music videos to digital art, animation to comedy, but must be made by, or feature in lead roles, people with a learning disability, autism or additional needs.

Matthew Hellett, Head Programmer of Oska Bright Film Festival said: “I decided to introduce an LGBTQ+ strand at the last Festival as I am a gay man myself. Meeting other queer filmmakers like Matthew Kennedy opened my eyes to the great films that other LGBTQ+ people with learning disabilities are making and I wanted to engage with them and be able to showcase their work.”

Oska Bright Film Festival takes place every other year, with the next one on October 23-26, 2019 at The Old Market in Brighton & Hove. At the 2017 festival, 66 films were screened, from 13 different countries. Over 3,600 people came to the festival over three days.

If you want to be part of the world’s first and biggest celebration of learning disability film-making, submit your film by March 30.