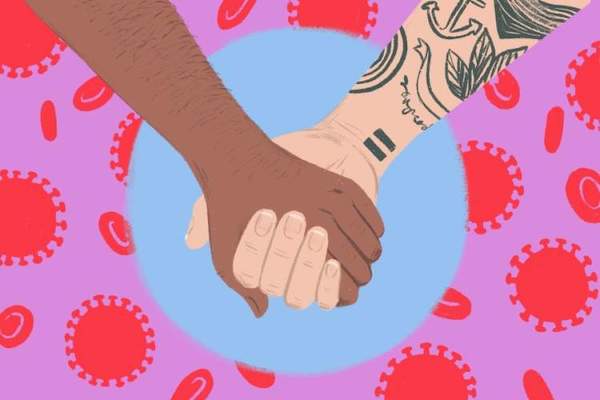 All patients who attend A&E at Royal Sussex County Hospital will now be screened for HIV when having routine blood tests, unless they choose to opt out.

The new approach to HIV screening in Brighton comes into effect from Wednesday, April 6, in line with national guidelines for all areas classed as having high HIV prevalence. Patients do not have to be screened for HIV – they can choose to opt out by speaking to the clinician in the Emergency Department.

HIV affects the immune system and can, if untreated, progress through a series of stages. The outlook for HIV is very different from 20 years ago – it is now a very manageable condition if identified at an early stage. Diagnosing people earlier through routine screening improves the health of the affected person and also reduces transmission as people can’t pass the virus on if they are on treatment. People whose HIV is undiagnosed are more likely to become seriously ill from the virus and can also pass on HIV to other people while they are unaware of their condition.

It is estimated there are currently around 110 people living with undiagnosed HIV in Brighton & Hove. In 2021, within the number of people seen by the HIV team at the Royal Sussex County Hospital, 50% of diagnoses were late diagnoses.

Dr Charlotte Hopkins, Chief Medical Officer at University Hospitals Sussex NHS Foundation Trust, said: “Testing for HIV can save lives. People with HIV can live long and healthy lives if they are diagnosed early. Unfortunately many people do not realise they have been at risk, which is why it is important to test as many people as possible.

“People who are HIV positive can access treatment and prevent transmission of HIV to others. Since introducing this new approach to testing, some Trusts have reported a decrease in the number of people with HIV being admitted to their hospitals. They believe this is because people are getting the treatment they need before they become acutely unwell.”

Routine HIV screening is safe and reliable and has been successfully implemented in other emergency departments across London where HIV is more prevalent. These include Guys & St Thomas, St George’s, Croydon and King’s College London.

Since routine screening for HIV was introduced at Croydon Hospital, there have been no HIV patients in the hospital’s ICU.

Hospitals routinely screen for numerous conditions when they do blood tests and HIV is already tested for as part of maternity care. From April 6 the screening at the Royal Sussex County Hospital will also look for the presence of antibodies in the blood that may indicate whether or not a person is living with HIV. The result may be negative which means they do not have HIV or reactive which means a further test is needed to confirm the result.

Dr Sarah Richards, Medical Director for NHS Brighton & Hove Clinical Commissioning Group, said: “We are delighted to have this new way of screening patients for HIV in the Emergency Department at the Royal Sussex County Hospital.

“We want HIV testing to become routine and we encourage everyone to be screened so they know their status.

People will be told if they have a reactive result within two weeks. They will not be routinely contacted if the test is negative. The results will be held within the HIV service within the hospital and will be completely confidential. It will be up to individuals to decide whether they wish to pass the results on to their GP.

If the test suggests that a person is living with HIV, the hospital will contact them directly by phone. A second test will then be arranged to confirm the result.

Being told that an HIV test is reactive can be a shock, but if the result is confirmed, there is a HIV specialist team on hand at the hospital who have many years of experience. The team includes doctors, nurses, health advisors, psychologists and people living with HIV, who will be able to provide extensive support and advice.

Marc Tweed, Service Manager at HIV/sexual health charity Terrence Higgins Trust in Brighton & Hove, said: “This is a brilliant day for Brighton & Hove as part of our work to ensure the end of new HIV cases in the city by the close of this decade.

“Where this game changing testing approach has been piloted those diagnosed with HIV through the emergency department were more likely to be heterosexual, female and of black ethnicity than those diagnosed in the sexual health department.

“This is crucial as we won’t end new HIV cases by 2030 without achieving it across all groups regardless of gender, ethnicity, sexuality or anything else.”

This pilot, alongside the world-first initiative HIV Testing in the Community, highlights the Trust’s ambitions towards the global target for zero new HIV infections and discrimination by 2030.