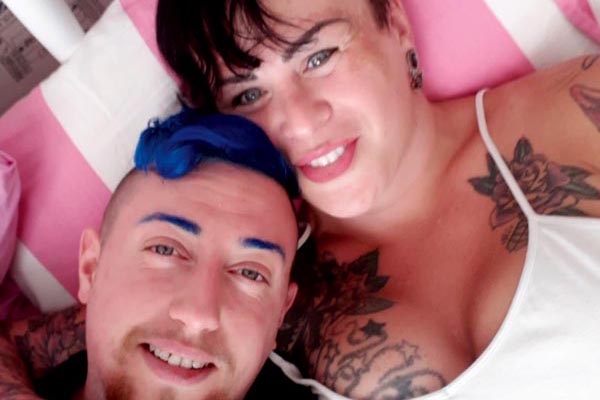 First, before I get on my pedestal for the month, I have to convey my sincere apologies to my regular readers for my recent hiatus.

You may well remember that this time last year I spent a month in India having some surgeries; well, with nine months to allow myself to heal, I have just spent the last two months away having some more work done. Due to the nature of the surgery, I was unable to honour my work commitments with Gscene and I thank the editor and you, my regular readership, for understanding. I am not really well enough to be writing again, but this month’s topic is a far too important one for me to miss.

In last year’s HIV issue I wrote of my personal experience of living with HIV as a trans woman and the difficulties and heightened stigma that I have faced post-transition rather than pre when read as an MSM.

I also spoke of the lack of sexual health awareness for trans people in general and the lack of support from nationwide clinics unless within reach of ClinicT or ClinicQ here is Brighton. I ended with an open invitation for any trans positive people to feel free to contact me should they want some signposting, support, or just a chat.

This opened up the floodgates and got the ball rolling for trans people to come out to me who have been harbouring their status as a secret for many reasons, including stigmatisation from friends and family, being scared that their status would affect their hormone regimes and any gender related surgeries they may wish to have. They could see me living trans positive and proud, and my status not affecting my sex life, my relationships, my HRT and my fast-paced surgeries.

Over the last year I have spoken to many a trans positive person for one reason or another, many of them coming to me as a referral from my surgical team in India who wanted some reassurance that their trip to India for surgery would not be hampered by their status.

I would like to share with you one particular call for help which I received in India in August whilst in the middle of five surgeries in four weeks so I was unable to offer immediate support. It has probably been the hardest and most difficult for me to deal with both practically and emotionally.

She wrote: “Hey there Sugar,

“Hope you don’t mind me messaging you out of the blue but I follow you on social media and really just need someone to talk to. Obviously I’m trans, that’s all great and I have no problems there and I’m a non-sexual partner to my adopted son’s mother. I have an amazing family but I found out six years ago that I’m HIV positive. God, my head is spinning just typing that out to you, Sugar.

“Seriously I just haven’t accepted it and still can’t even think about it. I’m not on any meds and never have been and I’ve only ever seen a doctor anonymously when I got my diagnosis at a sexual health check up. I used a false name and address so there is no record of it and the secret is hard to deal with. The truth is I don’t deal with it, I ignore it. I just don’t know what to do. I can’t tell my family but I also know I can’t ignore this forever. Can you help me Sugar?”

Now, what am I to do with this? This is a woman who received a diagnosis six years ago and is so scared of the social stigma that she has run from her diagnosis, buried it and only even thought about unpacking it when she read my work and realised that just maybe, she could live as I do. This woman needed so much help and support.

Eventually, after many weeks of dialogue, she agreed to make the four-hour drive to Brighton to visit ClinicT. She was adamant that she was not going to go anywhere within a 100 mile radius of her home and that she would only see a clinician if I accompanied her.

This is how scared this woman is. This is happening right now, as I type I am arranging clinic appointments for her. This is the reality of trans positive healthcare in 2018. It is so easy to think that we have everything wrapped up and we are doing just great with HIV care for all LGBTQIA patients because we fall under the same umbrella as cis gay men, who, by comparison, and from my own lived experience, have got this shit nailed.

As I said in my last HIV edition of this magazine the stigma is in no way comparable and the level of care and understanding from medical practitioners is excellent. I am not knocking this service provided by clinics, such as Lawson Unit and Dean Street – locally and centres across cities in the rest of the country, the care for MSM is exemplary and is something to be commended.

However, I am sad to say that the same cannot be said for trans positive healthcare – it is almost like our practitioners don’t know how to deal with us, like we are a curiosity, something to question and often asked inappropriate questions and make statements that wouldn’t be tolerated anywhere else if we didn’t really need our meds. It’s like we have to hand hold our doctors through our appointments and be the doctor, not the patient.

In my six-monthly appointment with my HIV doctor last week I was asked directly: “I’ve been your doctor for 15 years now, why did you only tell me you were trans three years ago?”, and: “I don’t know if you need a smear test now, leave that one with me.”

The first of those statements is just pure idiocy, the second is lack of knowledge. These are just two examples of many a stupid question I have been asked by HIV service providers since transitioning.

In December of last year my public husband and bed partner ‘#nohetto’, Jak, a trans MSM, was diagnosed positive. Obviously, I accompanied him on his appointments and at his first meetings with HIV consultants, pharmacists etc, as is the nature of our close relationship, he was dealt with by a petrified consultant who was clearly out of his depth.

He tried to hand Jak a booklet on HIV and Women, which I quickly snatched out of the doctor’s hand and scolded him, telling him Jak was a man after he had tried to tell Jak that he could use the women’s only clinic. I scorned the doctor and told him the women’s clinic is somewhere that I would use, not a man. Jak and I didn’t see that consultant again.

I am used to being asked stupid questions, I have been positive since my early 20s and I am now almost 40. Jak, however, and any newly diagnosed trans person who walks through the doors of an HIV clinic, has to put up with this kind of nonsense that can make people like the woman who wrote to me whilst in India, run away from the healthcare services altogether.

Jak and I started to read the material produced by sexual health clinics and it has always been part of my freelance work to consult with providers and make sure they are representing us right. Jak is now doing the same thing and is working closely with THT to make sure their sexual health booklet for non-binary people is correct and uses the right terminologies.

Although I have been very busy working as an advocate, mentor and liaison for many trans positive people since I came out publicly as a trans positive woman, Jak raised the fact there is actually no peer support for trans people other than the ones that reach out to me for 1-2-1 peer support.

We searched Facebook and there is not one single support/peer group for trans positive people, so, if it doesn’t exist but it is obvious there is a need from the number of requests for help I receive, we must build it.

Jak made a peer support group for us. It is simply called Trans Positive and it is a closed group on Facebook. It exists for us to create a community of trans positive people where the intersection of being both trans and positive come together and for us to discuss and support each other around the very specific issues we face.

We welcome all trans positive people to join our peer support group regardless of where you fall under the trans umbrella and we look forward to welcoming you soon.

I wish all my positive siblings, both trans and cis, a very safe World AIDS Day – I encourage you all to be kind to yourselves and I will see you at the vigil in New Steine Gardens on December 1st at 6pm.