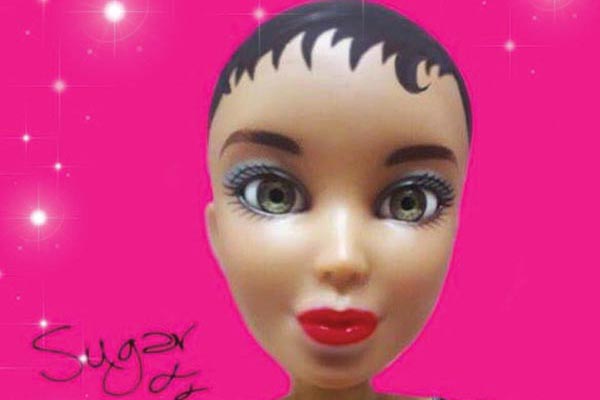 Transitioning with Sugar – Going Stealth and being outed, by Ms Sugar Swan.

WHEN asked why I waited until my mid-30s to transition I tell people a myriad of lies; “It wasn’t the right time”, “I couldn’t afford it”, “I wanted to get X, Y and Z out-of-the-way first”. However, the real reason I delayed transition for so long is that I never thought I’d ever be cis passing and I’d never be able to spend at least part of my life living stealth. This was reason enough to delay or even not transition because we only need look how trans people are treated in society and ask ourselves; “Can I handle that?”

When the alternative for many of us is suicide, we choose the lesser of two evils and prepare to put ourselves through ridicule for the rest of our lives, hoping that just sometimes people will see us for who we really are, men and women. Not trans men and women, just men and women. I can only speak here from a binary woman’s point of view and by no means talk for all binary trans women, men or non-binary people, whose experiences of passing and living stealth are far removed from mine. Not all binary trans people want to pass as cis, to blend in, and nor should they have to. Everyone’s experience is their own and only theirs and all of our hopes and desires in transition are valid and just as important as each others.

Now there are some people who I can never be stealth to. Anyone who knew me pre-transition, anyone who reads this or my other work, but if someone meets me in a public setting I’m blessed with the privilege of being able to be stealth – to not automatically reveal my gender history by my voice, my facial features, my body shape – to be assumed as cis by the cis people I am interacting with.

This is important for many reasons; the main one being safety of course but it also means that there isn’t a ‘but’ attached to my womanhood, I’m not Sugar, ‘the woman who used to be a man’, simply “Sugar, the woman”. This is also super important for my mental health too as it reduces gender dysphoria when I’m read as cis.

I realise that I’m speaking from a position of privilege here and that many trans folk will never blend as cis and for those who want to, that’s a hard thing to come to terms with. There was a point in my transition where I thought I’d never blend and I spiralled into a deep depression where I wondered if it was all worth it.

Was it really worth losing my family? My job? Spending tens and tens of thousands of pounds on cosmetic surgery, and the same again on hair transplants, laser hair removal, make-up tattooing? Going through the physical pain of it all just to be met with the mental anguish of not reaching my goal of being able to pop over to the shop in my joggers and a hoodie with no make-up on and be read as female? That part of my transition is long behind me now as the cosmetic surgery is all finally calming down and I’m read as cis more and more as time goes on.

Do I want to blend in with the cis community completely and start a new life where nobody knows I’m trans? Absolutely not! I love my trans family and don’t want to give up my trans-related work. I don’t want to erase all history of me from the internet, and I don’t want to stop mentoring young trans people and signposting them to services and helping them in their transitions.

I just want to be afforded the same privileges as cis women, privileges like not being beaten up, spat on, attacked verbally, receive death threats, all because of my gender history. That’s right, not receiving death threats because of your gender is a privilege cis women hold over me.

Ten weeks ago I met a man, two years my junior, on a dating app, and whilst I was clear about my gender history on my profile, as a cishet (cisgender heterosexual) man he had no idea what that meant, never asked me and after chatting for a few days we arranged a date. It wasn’t until during our date that I realised he thought that I too, was cis. I explained things to him and I had to give him trans 101 but at the end of it he said that he never saw me anything other than the woman I am and my history didn’t bother him.

Fast forward 10 weeks and we’ve been seeing a lot of each other. He comes from a very, very tight-knit family of seven brothers and his family kitchen is always a hive of activity, there are always parents, brothers, friends all popping in. I’ve been living a stealth life and it feels good.

Nobody has clocked me as trans, they treat me as the woman they see and I’m privy to conversations they may not have around someone they knew was trans. I’ve been spending most weekends at his house and I’ve been enjoying not having the prefix of trans attached to my gender. It’s been a fantastic experience, until one weekend his mother showed her friend (a cis gay man) a photo of me on her phone as she was proud to show her friend the woman her boy is dating. This guy outed me to her, told her I was trans, that I ‘used to be a man” and then to top it off he deadnamed me.

One of the very, very worst things you can do is out someone. You put them in potential danger, you trigger them of their history, you betray them. What followed was a horrendous few weeks for me where family members lacking the terminology contacted the man I was dating and asked him if he knew he was dating a tra**y, a transvestite, and other such terms that quite understandably caused me upset. I was lucky. Apart from losing my status as a woman like any other, some uncomfortable conversations with some of his family, a lot of upset and turmoil, nothing more serious happened to me.

As members of the LGBT+ communities, which is dominated by cis gay men, you men are aware of more trans folk than your straight counterparts. That’s just natural, we share space, we’re part of a wider community. You men are privileged enough to know more trans people than most and if you hold that privilege of knowing us pre-transition or knowing our deadnames don’t you ever let that out of your mouth. Forget it, erase it, for when you out somebody you’re quite literally putting their life on the line. Enough trans people are murdered each year as it is, don’t add to those numbers.

Respect us, respect our privacy and get the idea out of your heads that you have the right to know and share our history. We deserve to be treated like anyone else, don’t be disrespectful to us, don’t add to the numbers of trans murders and suicides and, please, let us have our dignity. It’s only humane.