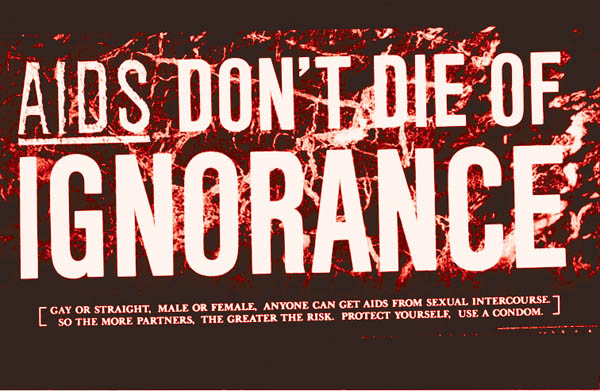 Dr Samuel Hall on HIV/AIDS hitting home, and working not only to save lives, but souls.

I’VE been putting off writing this column for a while. Partly, I think, because I always feel like a bit of a fraud when it comes to writing about HIV, which this month’s issue is dedicated to. I feel like a fraud because in the 1980s and 90s I was a bystander, an outsider to the LGBT+ communities. I wasn’t out, I hadn’t transitioned, I saw the rise of HIV infection and deaths from HIV related diseases from the sidelines, as a young doctor working in intensive care, this wasn’t having an impact on my life in any way.

I wasn’t really affected by it, until one day one of my colleagues lay dying in an intensive care bed in front of me during a long hard night shift. Then it hit home. Felt a bit closer. It was a uniquely personal experience of the power of disease, pathology, overcoming medicine. We couldn’t help him, the world hadn’t caught up yet, there was no cure, no holding this at bay. So now, rather than a capable and resilient colleague with whom we had all shared tough shifts, we found ourselves crowded around another patient we couldn’t save, and felt helpless.

Yesterday I worked an out-of-hours GP shift. This is a very different way of working to my usual everyday GP clinic. The out-of-hours is telephone-based, and we try to sort things out over the phone if we can. If that’s not possible, we arrange for people to visit one of the bases that are open in the evenings and on weekends. And if that doesn’t work, we arrange a visit by a roving doctor in a car. Being a GP is hard, but working in the out-of-hours service is even worse. You don’t know the patients; NHS IT means you can’t see their history; you’re geographically miles apart and aren’t able to use facial expression and body language to aid your assessment on the phone. You have to rely on your knowledge, experience and intuition.

Many doctors don’t like working out-of-hours because it’s more risky from a medicolegal standpoint. And it’s the backstop for other healthcare practitioners out there. Nursing home staff, district nurses, carers, pharmacists and paramedics all use the GP service to refer the patients they can’t deal with. We mop up all the difficult and lonely, the forgetful and anxious, the hypochondriacs, the chancers, and the overtly suicidal.

Years ago I wouldn’t have coped with this kind of work. I hid behind the snazzy bling of intensive care and hi-tech anaesthetic equipment. I saved lives no doubt, but doing the kind of work I do now, as a GP, saves souls. There’s a connection to be made, and a doctor is in a privileged position. Patients will trust us and tell us things they can’t say to anyone else. This is never more evident than during an out-of-hours session when you have an interaction with a patient you’ve never met and probably never will. You’re so aware of the potential to say or do something detrimental, you learn to tread carefully and assess the risk of making a mistake, and spend a lot of time ensuring that both you and the patient are safe. Them, from further harm, and yourself from the torture of having got it wrong.

It was in this context then, that I picked up the phone and dialled the number of a young (well, younger than me) man who had earlier called an ambulance. On arrival the crew had assessed him, decided he didn’t need to go to hospital, and passed him on to us for a call later in the day. I woke him up. He wasn’t sober, and he didn’t want to live. This guy had run out of steam for life. As his story unfolded on the phone, I began to feel helpless. He was HIV positive, he’d been assaulted by an intimate partner, and he was addicted to several illegal drugs. He had tried his best to pull himself together, had done some detox, and sought appropriate help. But none of this was enough. Not in the face of such low self-worth. I wondered how much of his poor mental state was due to his HIV status. And what is the connection between this and intimate partner violence, depression, suicide and addictive substance misuse? I felt the pull of the darkness he was living in.

I just wanted this guy to have one thing he could live for. One little speck of hope, of light to focus on so that he could walk away from the temptation to end his life. It wasn’t the first time he’d felt like this, there has been a previous serious suicide attempt in the recent past. He hadn’t succeeded and in some way didn’t want to this time either. That’s why he’d dialled 999. He needed to be saved from himself. He couldn’t trust himself not to take his own life. Anyone who has ever felt this will know just how terrifying it is.

“I just wanted this guy to have one thing he could live for. One little speck of hope, of light to focus on”

Many of us do know what it feels like to want to leave the planet. To go to sleep and never wake up. Mercifully these feelings do pass, if we can only find a reason to hang on, we can ride the wave of emotional pain and move on with our lives. All I could hope to achieve on the phone yesterday morning was to give this patient enough hope to get though another day. I felt helpless and I was helpless, because nothing changes unless we want it to. Not a single word of mine was going to be enough if he couldn’t find a reason. But he did. We spoke for 20 minutes. I gave him numbers to call for help, he said he wanted to live. For today, anyway, that is enough.