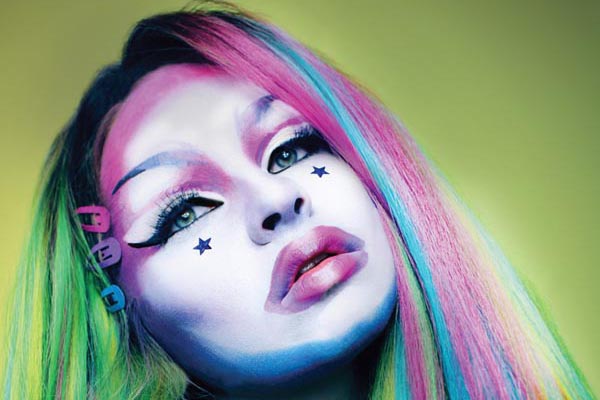 THERE’S a disturbing link between the risk of mental health issues and the queer community. People who are LGBTQ+ have a higher risk of mental health issues than cisgender heterosexual individuals. These statistics are often glazed over but the evidence is obvious in the statistics about trans well-being and the life expectancy of those people. I won’t throw around the figures here but a quick Google search will hopefully suffice. These are sad facts but if they are experiences that our community is increasingly vocal about can ensure spaces where care can be provided and self-care can be taught.

I was keen to explore how drag and mental health affect each other. After all, as a local queen put, when we were discussing personal issues, ‘we all do drag for a reason’. Drag queens are, for a lack of a better word, messed up. Us drag artists have problems, lots. More seriously, drag artists are incredibly resilient and have been through pretty much everything from battles with Amazon Logistics to the, arguably, less heavy issues. Drag artists are the people who were ostracised in school, who were always picked last for the office team-building exercises and never really fit in with the assigned groups in Mean Girls.

Katya, a Drag Race contestant, took a break from drag to focus on their mental health and to practice self-care. This is perhaps the most public admission of a shortage of self-care within the drag scene due to her large following. She emphasised she is a real person commenting that “I’m Brian, a recovering drug addict and a workaholic. I need to take personal time for my mental health to heal and recover”, which was a bold and unapologetic move for the successful queen.

Overbooked, underpaid and under-appreciated, drag artists face an arguably misunderstood level of career stress alike to other performing arts. Furthermore, like any other visual art, it has an inherently higher degree of narcissism. This dynamic allows for drag to be the perfect breeding ground for self-deprivation and overcompensation.

I spoke to a drag artist, Eileen Bothways, due to their continuous unapologetic honesty about mental health from social media to acts such as their performance about trans validity. Eileen agrees there’s a prevalent scarcity of self-care in the drag scene but also interestingly pointed out the “weird fetishisation of lack of self-care as a form of proving worthiness in our culture which is incredibly damaging.” This struck a chord with me because I’ve seen this happen on multiple occasions.

They went on to say; “The hardest working drag artists in the UK often vocalise this absence of self-care as well but not in a manner which suggests it’s bad”. Confirming an evident boastful behaviour from many artists’ suffering deeming it a necessary step to becoming successful within the scene and this is simply not true. Eileen makes a great point; “If you’re overbooking yourself enough to cause damage to yourself and still not making sufficient money then you’re doing something very, very wrong”.

There is an intrinsic link now between the fame and validation, which comes with being a drag artist, and this is easy to see with the growing number of social media accounts from young queer people exploring drag ‘cropping up’. Often, they don’t seek to create art but to receive the affirmation that over 100 likes will bring on Instagram. In an age where drag to anybody involved in the culture seems so saturated, it’s easy to adopt damaging practices of lack of self-care in a constant ‘one-upping’ of each other’s art. If a drag queen posts a new photo shoot, best believe another queen will replicate that same photo shoot but in a better and more theatrical way but at the expense of integrity, budget and personal circumstance.

When this apparent link between validation and drag became clear, I spoke to another drag artist, Paul Aleksandr, who has a substantial, but more importantly, interactive social media following. They agreed that there’s often a role that ego plays when people explore drag stating; “Ironically many drag artists are introverts yet drag is a sheer visual ‘look at me’!”

Drag is undoubtedly a means to increase confidence, allow for creative expression and generally become a happier person but this seems to rarely transfer over when the make-up is all wiped off.

I recently messaged with a different drag artist, who has struggled with a decreased sense of self-worth owing to exploring drag, which is an interesting narrative that’s hardly discussed. They revealed; “Going out and dressing up made me feel significantly less confident in day-to-day image,” and caused them to feel “Not a good-looking person,” which led them into putting their self into more vulnerable positions out of hope for some kind of affection. They explained this as them feeling that “The real me was never good enough,” due to ongoing mental health issues such as bipolar disorder and depression which was undoubtedly worsened by the expectations pushed on artists from the working scene. They stated that it’s taken them over half a year to build up the courage to leave the house and socialise after taking a break from drag.

There needs to be a separation between the two portrayals of you as an individual; the drag character and the authentic individual. Here are a few tips to keep that ego and your well-being in check all at the same time.

Compare your drag to your drag alone.
It’s completely fine to be inspired by other artists’ work but be careful not to adopt their goals as your own. People work at different paces and improve at different speeds. Set your own goals and you’ll be much prouder and less stressed.

Get paid fairly. It’s your responsibility to demand fair pay for your art. If you’re unsure about how to price work then ask some more experienced artists for advice. They’ll more than likely be very helpful. Being paid fairly means that you hopefully won’t be struggling with an overbearing amount of gigs.

Take a break. Not all improvement is going to be made overnight and, whilst turning looks everyday may seem like the only way to success and provide quick validation, putting more effort into less work will probably in turn create better work.

Don’t do drag. By this I mean go out and about not in drag. Just because you are a drag artist now does not mean every visit to a club or bar has to be done in drag. Drag is time-consuming, costly and often uncomfortable. Apply that new confidence to social situations without a wig on.

Support each other. Far too often, I see that queens are competing against each other to have the most attention and the most praise. This competition creates hostility and in turn makes it harder for all of us to get any recognition at all as there’s a constant search for the next best thing and a constant critique being undertaken. Like fellow artists’ work, go to their shows and hang out together. Make a drag house. Give each other make-up advice. Have a kiki.

Drag up to not be dragged down.