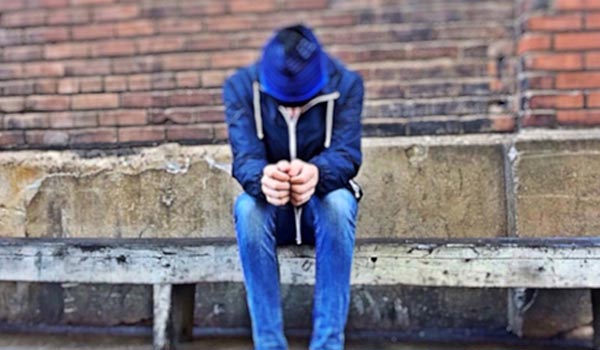 If you live in and around Brighton, it’s impossible not to notice the streets are littered with bodies and makeshift beds. Homelessness has always been a problem, but it’s never been as taken for granted as it is now.

2018 sees the highest numbers of homelessness since the 80s. In fact, worse than that, now we have children leaving care and ending upon the streets, with no provision. NO future!

So why do I care? Well, I am a trans woman who grew up in care, as a young effeminate gay boy I know all too well how frightening the streets are, and how welcoming they are compared to being abused at home and school simply for being gay.

That was 20 years ago…so why have things gone backwards. I have personally worked in a charity called the Pillion Trust in Islington since 2007, so I speak from professional experience when I say I have never seen a system so deprived of funding and a society so deprived of compassion.

I understand there are more young people identifying as LGBT now, but in my experience, this hasn’t changed the levels of young people being thrown out or having to leave home because of their sexual and or gender identity.

When I fled domestic violence from my older lover I ended up on the streets again at 19. Thankfully Albert Kennedy Trust were there to find me supported lodgings with a caring gay couple, who not only provided me with a safe home and a platform to get into work and education, they provided the first positive gay role models I had ever had in my life.

Tim Sigsworth C.E.O of Albert Kennedy Trust noted the reduction in government funding to housing providers has led to a drop in standards when it comes to caring for LGBT homeless people. I agree and have experienced first hand LGBT people being discriminated against by the very services which are supposed to support them.

He told Pinknews: “The proportion of mainstream housing providers targeting services at LGBT homeless people has dropped from 11 per cent to 1 per cent between 2011 and 2013. Homeless people, those who identify as LGBT, have multiple and complex needs, and agencies within the UK are offering increasingly generic support due, in part, to a reduction in funds.”

Why twenty years on are the youngsters of our community being put back to the dark ages?

The Conservative government cuts have been vicious. Pillion Trust now run a shelter for young people on donations and funding from food outlet, Pret a Manger. It was unheard of when I started working there to even have LGBT homeless clients, especially very young people.

Now most of the residents are under 21 and LGBT, alone afraid and have three months to move on. Yet nowhere to move on too? There are not enough services to sign post to, they have been closed, and the local councils won’t honour their duty of care.

Now we have a generation of young people who have been failed. We have the biggest class divide i have ever seen, like countries in the third world we have an ever-depleting middle class and more people living in dire poverty.

In 2018  working in the small shelter, I have experienced young LGBT people selling themselves for a chicken burger. I have experienced the council telling HIV positive trans kids recovering from surgery that they are intentionally homeless and not vulnerable. I have witnessed teenagers sleeping in the snow, begging for small change for food.

This is no longer a country I recognise. I grew up in the Thatcher era, and I hear everyone say how awful she was to our communities, yet I know back then there were still homes, and legislation to protect the young. Where have we gone wrong as a community when we are allowing this to happen and not protesting? .

Statists show that now approximately a quarter of all young people who are homeless identify as LGBT. This is highly disproportionate to the general heterosexual population. LGBT young people are more likely to experience sexual abuse, mental health and addiction issues as a result and HIV infections are on the rise again. Yet services have been shut down and pathways into services blocked, bars raised higher and the level of care support and duty lower. Brighton is a hub for young people from the LGBT community they see it as safer than London in reality its anything but.

Trans youth are especially affected because of the physical and mental processes they face, without a stable home these cannot be managed or achieved. Locally the cut to housing benefit for under 21s, and introduction of the unworkable benefit universal credit means that the most vulnerable people in LGBT society and the most marginalised are now facing a broken system which offers no support.

Attendees at the LGBT homeless workshop, Outside Out: Rough Sleeping and Homelessness in the LGBT Community at the Phil Starr Pavilion during the B RIGHT ON festival run by the Homeless Team from Brighton & Hove City Council heard that 25% of all homeless nationwide were LGBT while in Brighton the percentage rises to 33%.

We need to remember that Britain in the 90s and 00s was a country renowned worldwide for its compassion towards minority communities. Since the current government came to power, my job working with the homeless has become almost impossible, on top of that the clients have become increasingly more vulnerable.

Not only LGBT youth, but people affected by the chemsex epidemic, HIV and Aids related illness being told they are not too vulnerable to sleep rough?.

Modern Britain has become a divided place, dictated to by a right-wing media, a place where the LGBT community has become politically invisible, and where our vulnerable are left to build tent cities and freeze sometimes… to death.

For any society to work we must invest in young people and safe housing and spaces which encourage them to thrive. Maslow’s Hierarchy of needs dictates that without a home a person cannot thrive if a quarter of all homeless young people are LGBT this will have a massive impact on our communities’ place and role in society in the future. This isn’t about demographics, politics or blame it’s about recognising that we have a responsibility to help our own and if our political choices mean our community is boosted by the necessary funding it needs to provide services suitable for us then so be it.