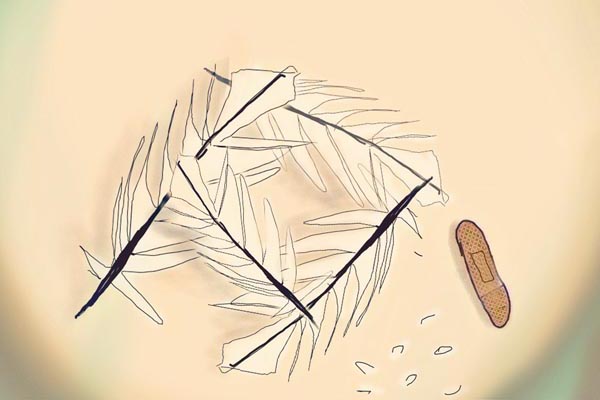 What is a phobia? What defines it? What separates it from a fear?

Fear has me trapped,
Like a bird in a cage;
It wasn’t his fault,
But it grows with age.
Green vines,
Twisted and skewed,
Pull at my skin.
Feathers left, few.
Until my beak,
Bent and broken,
Falls off.
Amidst a sea,
Raging ocean of blue.
It had me
Consumed,
Soul raptured,
With the splinters of before,
Thirteen years old.
The shrapnel,
Married to my Core.
And it is now,
That I can stand,
Finally,
Having taught myself
To forget,
Leave feathers behind.
I am not a bird,
No longer am I caged;
But I am a survivor,
Released unscathed.
In burning hope,
I learnt.
I don’t mourn my wings,
For a phoenix has to lose a few
before it can begin
Again.
Okay, so I have a phobia. I’m not the only person either. Around 6-8% of people in the West suffer from the excruciatingly debilitating hold of a phobia. Previously we established the unrelenting pain and suffocating effect an intense fear can have on its victim, and I think it’s only fair that the severity of the barbed wire phobia that wraps itself around your life and digs into you at every moment should be explored.
So, the first stop on our map of such intense fears: identifying your phobia.
The turning point for me was realising what this exaggerated and often embarrassing response to something as normal as someone’s face was. As long as I could remember I was unable to look at anything resembling the Harry Potter character Peter Petigrew, and I knew this was weird; I had been taught by the mockery I received that this wasn’t normal.
But if no one else could understand the response the way I did, what exactly was going through my head to make me the weird one?
I was taxed with questions as to why the fear never left me as I grew up, and what would happen when I’m an adult and still break down in a fit of frenzy if I happen to pass another person with rat-like features. I can’t remember exactly, I think I actually started googling phrases like ‘random panic attacks’ or ‘fear for more than a year’ in a desperate attempt to understand this thing better. I wanted to be able to talk it through with someone, or get it straight in my head at least.
It was like being lost in a foreign country, surrounded by people who don’t speak like you, and scrambling through a phrase book for a way to communicate with anyone. So I searched the terms. Pages and pages of irrelevant lacklustre information later, I found a key phrase – light for the dark path; “A phobia is an overwhelming and debilitating fear of an object, place, situation, feeling or animal. Phobias are more pronounced than fears. They develop when a person has an exaggerated or unrealistic sense of danger about a situation or object”.
That was it. That’s exactly what I felt. Finally the tangled mess of panic attacks and uncontrollable crying was put into a clear stream of words. So I clicked the link.
Luckily I had happened upon an NHS page entitled ‘Phobia’ – relief. If it was on the NHS, it must be real. Reading through the symptoms and recipe for my condition, I realised that the thing I was experiencing was a phobia, a clinically diagnosed proper medical thing. So I wasn’t crazy. I wasn’t being an over sensitive crybaby. Honestly if you’re reading this, regardless of whether you suffer from a phobia or not, read that page. It helps.
Finally I wasn’t weird, I was just unfortunate to be inflicted with such an under the radar condition. It’s an anxiety disorder – real.
Of course I was desperate to find a cure, a way out, so I clicked straight onto the treatment section of the page. Ah, ‘Medication’ and ‘Professional Help’, maybe not. I’d recommend these to any adult struck with a debilitating fear like flying or people, but for me, aged nine, with my fear in particular, they weren’t options. So I was left on my own to figure out what to do.
To save you the confusion and time to get over your phobia, I’d say that step one is naming your demon. What is your particular phobia called?
I still don’t have the exact name for my condition. It’s probably something to do with anamorphia. But knowing it was similar to other fears (like musophobia, the fear of mice and rats), was enough for me to begin to tackle it. So step one: name your phobia. Try googling your symptoms and triggers, or seeing a psychologist.
Recently, I looked up my phobia again. After a lot of research and desperation to properly name it (vainly), I found there was so much more to them then first thought. As it turns out, as well as the name (like arachnophobia for fear of spiders), phobias can be broken into two main types: complex and specific. The latter picks its victim when they are young and is easy to overcome, whereas complex phobias set in during adulthood and are much more crippling – think agoraphobia (fear of people or venturing out of your home) and social phobias.
In the next issue, I’ll cover this in more depth, so don’t worry. But if you’re reading this and you do suffer from a phobia (big or small), please feel free to send your opinions or stories on it and perhaps it may help both me and anyone else understand them better.
Also, if you feel like sending in any artwork or poetry or anything about your phobia or experience with the topic, go for it. I’d love to include more than just my own experiences.