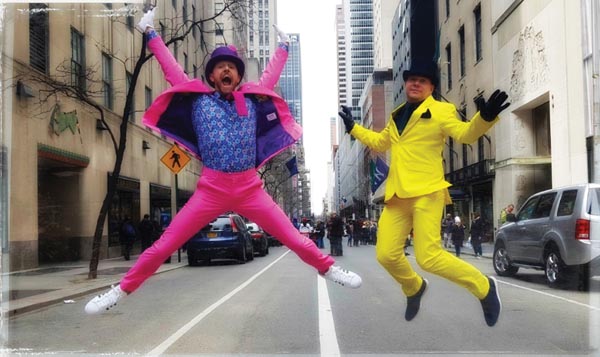 And so at a gently ripe 46 years old, our protagonist is calm and content, a happy homosexual with, hopefully, half his life ahead of him.

It’s a dizzily hot summer’s evening in Brighton, the LGBT+ capital of the United Kingdom of Great Britain and Northern Ireland, and he walks the length of the promenade lifted by the setting sunlight reflected from a mill-pond sea. He strides confidently towards the marina where his husband awaits him in a local hotel for a late evening birthday drink, his husband of 12 and partner of 18 years, a relationship that began at Pride in London at the turn of the millennium. A Pride event fertilised by the political fight back which had started exactly 49 years ago this very day.

Hundreds approach, possibly more than a thousand of local residents, day-trippers of every age and generational description. A visiting beach cinema has just released its patrons back into the wild following the final England game in the early group stages of the World Cup, which is an increasingly popular international football tournament. Although the national team had performed, and would go on to continue to do so, extremely well, this wasn’t a game that was won, they in fact lost.

And the hoards approaching our settled 40-something were at best dejected and at their not quite so best kicking the bins, bikes and railings along their route perhaps in frustration or perhaps because this was their normal reaction to two hours in unsheltered and sweltering direct sunlight, decorated with Stella Artois eau de tin can x 6.

He sees them approach but the mood is light, the sun is bright but his T-shirt tight so perhaps it’s this that draws the eyes, or the trousers short and yellow as the sun.

Something is said that’s unclear but unkind and he looks straight at them to let them know the something he has heard and is met not with embarrassment or a sheepish retraction of the eyes but a jeer that comes from a group of young lads imbibed with beer and a sense of ‘pack’. And so it comes as clear as the 6am seagulls that rape your Sunday hangover: “You F***ing Queer C**t”, and how they all laugh. And in that moment at 46 he is 13 again and just as it was in 1985 he looks around at the hundreds about him and they all pretend it hasn’t happened and so in shame, he does the same and walks on.

A mere 36 hours later we find him on his regular walk to work at 9am on a Saturday morning. It’s not late, there’s no sign of drink and the lost game of football is no longer hanging in the air. He strides on with an air of casual weekend confidence and, although not yellow, the shorts are as pink as his wink and colour match the lollipop T-shirt.

He’s not in disguise but thinks nothing of taking the usual underpass towards Paddington Green, it’s quieter than a Tuesday but there are plenty of people about and as the A40 rumbles over his head two young men approach from the opposite direction. And as if retching from the depths of his scrotum, one of them erupts into a volcano of spit and his lava of phlegm brushes the face of our friend so close he can smell it, and slaps the tiled wall beside him with a smack. Again, 46 and unafraid he looks directly at the origins of this instant underground Jackson Pollock and as our spitter grins his companion aggressively shouts “FAGGOT!”.

He is wrong. I’m wrong. He is no longer 13 nor without his tribe. As he gathers his thoughts and shaken dignity on a sweaty summer’s evening on Brighton beach he reminds himself where he is headed. He’s meeting his husband. His gay, same gender married husband who both bear one another’s names and of their shared life together. He thinks of an earlier part of the evening with two also married gay boys who invited him around for a snatched 40 minutes of his company because they wanted it. He was happy to share it and to receive theirs in return.

He looks up at the apartment block towering above the white cliffs that cradle the marina and thinks of his gay friend who lives there, his friend who was the first member of our communities to truly welcome him to Brighton and who sits next to him still after all these years.

As he steps out from the shady Saturday underpass into the sunlight above he thinks about the talented gay people he is to spend the day working with. Creative folk who saw in him untapped talents and asked him to join in their ventures to belong, together. He thinks of fun times at Pride events past and yet to be, of his year ahead and behind of Instagram poses with horizontal friends on rainbow pedestrian crossings, of owning the New York Easter Parade if just for one day in top hats, feathers and bright pink suits.

He sees the rainbow adorned window dressings of retail outlets and, as he looks up at the rainbow flags flying atop Government buildings, he hears the voice of his friend upon recounting his tale you might be a c**t but you’re my f***ing queer c**t, he thinks of all of these things and he knows.