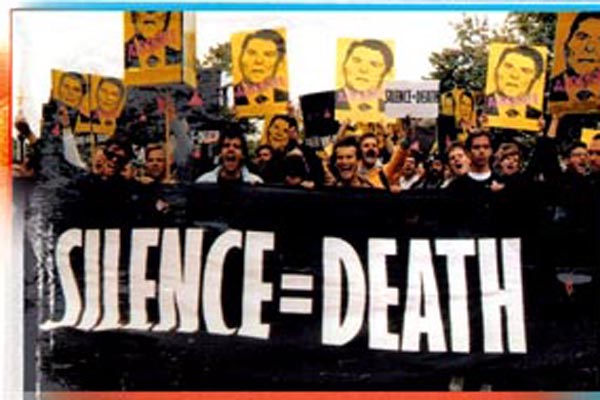 Forgive them father. They know not what they did. Nor did they care by Craig Hanlon-Smith @craigscontinuum

THROUGH the mundane and regular every day ticking of the clock, I practice and preach forgiveness. Whether it be a loan not paid, an unremembered borrowed shirt, or a matter of the heart and soul altogether more painful, I forgive them. Completely. It’s not that I want those who may have wronged me to feel better in response to their dismissive and on occasion mean qualities. It’s much more selfish than that. Forgiveness actually has little to do with the other and everything surrounding my own wellbeing and calm content mindfulness. If I forgive, I move on. The response or even remote awareness of the other is an irrelevance. It’s all about me. Through the mundane and regular everyday ticking of the clock, I practice forgiveness. Why then do I find it impossible to adopt this highly productive and mood stabilising state of peace on political behaviours both home and abroad?

Upon the recent death of US President George Bush Snr there was a seemingly appropriate outpouring of respectful analysis of his kind, stoic statesmanship. Praise has been heaped upon his record as a two term Vice and one term President, sitting at the top of international politics from 1980 to 1992. He was a politician who, although a Republican, bridged the political divide. Some of the kindest posthumous commentary coming from his 1992 Presidential opponent Bill Clinton and recent Democrat President Barak Obama. Reflections of his finest achievements, however, were not unanimous.

His death, announced on World AIDS Day, was for some too cruel a coincidence to be left unchallenged, and LGBT+ groups from around the world, but especially in America, used their social media platforms to remind the Bush biographers of some uncomfortable truths. Bush was Reagan’s Vice President for eight years and through the initial appearance, awareness and ignorance of HIV/AIDS during the Reagan administration. Reagan’s inability to speak the word AIDS is well reported and it was not until after the death of a member of his own community and celebrity family, Rock Hudson in late 1985, that he did so. Both Reagan and Bush, together and then a legacy foundation on to which Bush continued to build, caved in repeatedly to pressure from a conservative religious base and their anti-LGBT+ agenda. A strategy which cost the lives of thousands upon thousands of Americans and impacted international response, or lack thereof, the world over.

Bush gave a US TV interview and revealed that should one of his grandchildren confide in him that they were gay, he would tell that child they were not normal but that he would of course still love them. Yes, this was 30 years ago and perhaps President Bush privately held more progressive and somewhat kinder views. Nonetheless, his Presidential public decrees reinforced a suppression of LGBTQ equalities at a time when the community was in crisis. Directly and indirectly people died as a result.

Some 3,500 miles away, America’s best friends were introducing their own statute suppression of the LGBT+ communities. Clause (later, Section) 28 came into law in May 1988 and was not repealed until 2003 (Scotland, 2000). Clause/Section 28 prevented any positive promotion of homosexuality and of any Government funded body, such as schools and local councils, promoting such as a ‘pretended family relationship’. Although no local authority or individuals were ever prosecuted, the fear of what may pass led to the closure of LGBT+ support groups and encouraged a culture of silence in publicly funded youth services. Directly and indirectly people died as a result.

For me and many of my generation the Clause/Section 28 debate is a live issue. The repeal of 28 took place in the second term of the New Labour Government and our sitting Prime Minister opposed it. As did the Brexit fleeing David Cameron and 72 Conservative MPs, some of whom are currently active on the pro-Brexit back benches [see David Davies]. Prime Minister May as recently as 2001 said: “Most parents want the comfort of knowing that Section (sic) 28 is there.” The kind of research absent empty statement that tumbles out of the mouth of Donald Trump. “Most parents” – in short, it’s bollocks. In very recent years Theresa May has stated she’s changed her mind on LGBT+ related matters and was wrong, through her voting her record, to oppose them. She’s apologised for the anti-LGBT laws which were introduced by the British and in many cases are still enshrined across the Commonwealth. She’s though fallen short of any apology that links Clause/Section 28 to the HIV/AIDS lives lost between 1988 and 2003. There’s much still to address on this issue with the sitting Government and its ministers.

And so to practicing forgiveness with a view to moving on. Moving on brings with it the responsibility to ensure we don’t perpetuate the pain of what has gone before. We live in times when our LGBT+ communities are expanding and their visibility more readily accepted. Discussing the challenges of the past with an unforgiving quality doesn’t perpetuate the pain but helps us to remember. I’m certainly not advocating a personal attack on any politician for their voting record, these should now be examined within the political and historical context of their time. In respect of Mrs May, she’s always voted with the leadership of her party and toed the line and therefore we’ve no idea what she personally believes. It is, however, a responsibility of our generation to inform and educate the next. Complacency is our enemy and progress vulnerable.

At a time when a local MP Lloyd Russell-Moyle is openly discussing his HIV status in Parliament, that same political house is advocating a state apology to those who innocently contracted HIV. Innocently in this context means through blood transfusion and other medical practice ‘not through shagging’. The shaggers are not innocent – they asked for it, the subtext. Today, in 2018/19. All those who have contracted HIV are innocent and yet under the banner of an outdated moral compass written into law, thousands were allowed to die as funding for associated support groups was withdrawn. How many gay men, women, trans, young people hated, cut, killed themselves or were f***ed half to death because by UK law they were, as President George Bush said, ‘not normal’.

Forgive. But never forget. We must do what we can to ensure this never happens again.

They shall not grow old, as we that are left grow old:

Age shall not weary them, nor the years condemn
At the going down of the sun and in the morning

We will remember them (Robert Laurence Binyon)

This, is our war.