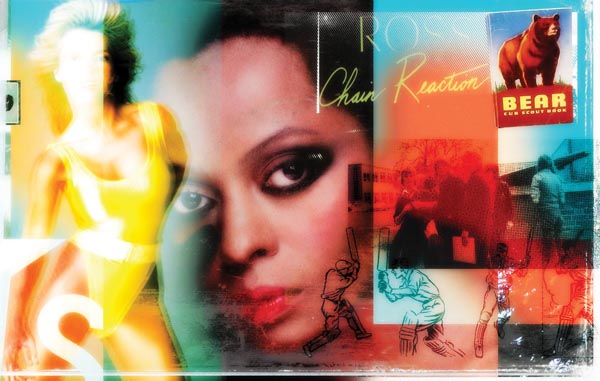 We all belong. Or the quest for a tribe. Part one. By Craig Hanlon-Smith @craigscontinuum

IS THAT my tribe? Asked the awkward seven- year-old, skirting along the outer perimeter of the all-weather pitch on a 1970s wet spring Lancashire lunchtime. Envying the gaggles of energetic boys and their temporary but automatic friendship. Staring lost at their heptathlon of sports that he was certainly the master of none nor understood the appeal of fast bowls, off-cut plank cricket bats and grazed knees. Instead he prised his way into a group of disinterested but begrudgingly accommodating girls playing a much more accessible ‘horsey on the loose’, but after a time of trying that pleases no one, the boy-shaped cuckoo limps off to another meandering of solitude.

He senses a sadness that he neither comprehends nor has the intellect to analyse, but this passes as thoughts of a television date with Lynda Carter’s Wonder Woman lick his wounds. Is she my tribe? He wonders. Perhaps.

“Is that my tribe?” Asks the boy as the summer Saturday night ritual of Seaside Special launches into the family sitting room. He sits agog yet unguarded amongst oblivious relatives, week after week, glued to a white plastic television sprayed green and locked in repeated fascination with the sequinned dresses of The Three Degrees and white feathered headdresses of Boney M. Although unsure why, he has sense enough to know that when returning to class on Monday, he is not to record in the weekend news book that he might have choreographed his own routine to Ra Ra Rasputin, nor that he masking taped homemade Christmas decorations to his head in a now eight-year-old’s attempt to recreate the televised costumes.

“Will this be my tribe?” He wonders aged nine and he joins the cub scouts desperate to be able to claim the tribe for him is out there somewhere. Who knew that Baden Powell’s motto ‘Be Prepared’ was the overture to a more rounded statement of be prepared to be mercilessly bullied like never before nor since and, despite the organisation’s close links to the Church of England and their preaching of Christian love and understanding, everyone present will turn a blind eye or, in the case of one unforgotten but irresponsible adult, even join in with the harassment.

A particularly horrible weekend camping trip sat weeping on the lap of one of the female group leaders named after a Jungle Book character (the adult him would now remove his eyeballs in order to relentlessly roll them) was confirmation enough that this was not to be his tribe and a cue to leave and quickly, no questions asked.

For a short burst, pre-teen aerobics felt as though it may be his tribe. Being the only boy in a group of 12-year old girls did not phase him as he quickly learned he could back-step lunge to Automatic by The Pointer Sisters and Michael Jackson’s Beat It better than the rest of them. The leg-warmers and Kids From Fame sweatshirt might have been a giveaway to a child psychologist, but the 12-year-old boy only wore them for comfort and thankfully, at that time, he remained oblivious to being the focus of gossip in the local bakery “that boy in the leg-warmers is a Mary-Anne”. But it is of course no tribe at all if our protagonist is too embarrassed to tell anyone that aerobics for fun is exactly what he’s up to every Wednesday at 7.

Aged 13 he unexpectedly discovered a tribe of sorts, a tribe of two. Two unknown homosexuals, although the scientific vocabulary remained unspoken, spending their schoolboy lunchtimes running off to a distant field in the shadow of a derelict farmhouse during the summer months, or a patch of concrete behind the garage car-wash as the air became fresher and the ground damper. Sloppy snogging, clumsy penis grabbing and shameful semen shooting days of something sordidly secret. Both taking advantage of the Thatcherite industrial action by teaching staff for extended liaisons that now graduated to the bedroom carpet, which was at least centrally heated.

A happy spell, until one of the boys developed a psychological upper-hand and blackmailed the other. Paper-round money spent on silence – buying chocolate bars, cans of pop, Now That’s What I Call Music 5, Chain Reaction by Diana Ross and How Will I Know? by Whitney Houston. An arrangement which continued for months until oversized Cadbury’s Fruit & Nut and soul divas no longer counted as satiating currency, and one began demanding the other gave him cash. For almost a year, a pound here and a fiver there was stolen from parents, grandparents and the pocket money of a younger brother. His true tribe never to be revealed, whatever the cost.

Although it would take him almost 30 years to appreciate it, there was at that time a sanity saving tribe of three, he just didn’t see it, then. A tribe of three fellow misfit teenagers, all girls who also did not fit the mould of expected cool or sporting triumph. Who neither could, nor would, attend the hockey trials with enthusiasm in the way that he would run away from the football during soccer practice for fear of actually being selected for a team. A group of four who would never be picked, but who also strangely didn’t want to be. A tribe who, between them, were tall, short, gangly, tubby, fantastically awkward and, perhaps without knowing or realising, were a supporting foundation for one another when they needed it most.
And for him, a tribe who never asked that question, or called him those names, which was exactly what he wanted.