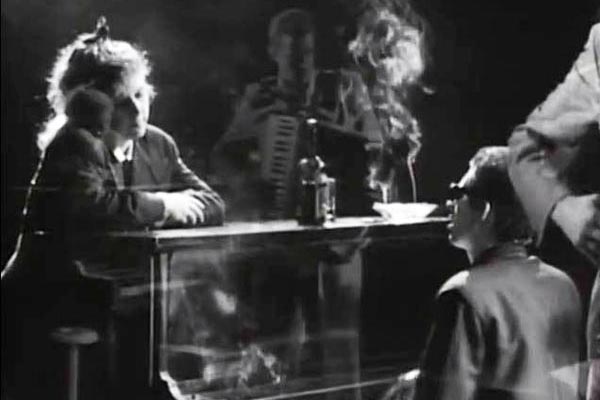 ANOTHER season emerges and another reason to be offended. Radio stations proudly issue statements that having re-listened to the coercive and rape promoting Baby It’s Cold Outside the track is banned.

I can issue no comment on this irrelevant furore other than to shove a mince-pie in my gob and deliver a head aching eye roll. Alas, this is not the only festive drama around our Christmas aural pleasures. Having faced censorship in 2007 which the BBC then quickly revoked, a now 30 year old Fairytale of New York is in trouble again. Yes, that tankard waving Pogues and Kirsty MacColl comforting duvet of a yuletide classic.

The troublesome line is of course “you scumbag you maggot you cheap lousy faggot” and an international community of unhappy windbags is all but sexually assaulted without actually leaving the house. Some of the complainants LGBTQ+ some possibly just bored. Most, unnecessarily enraged.

That the line is issued in character by an “old slut on junk” is a minor detail that has escaped the hysterical and alarmed. One assumes these listeners to have shoved their emotional intelligence up their collective asses along with a box of Mr Kipling’s mince pies and granny’s unopened tin of Quality Street. Hurts doesn’t it?

It is so easy to be offended, it takes time and reflection to understand why. It may not be a comfortable process but in the long term it is worth pausing to do so. Does the song offend or has it sparked off a memory of an unrelated life experience and the easiest solution is to take to twitter. IN CAPITAL LETTERS.

Speaking as someone who has in recent months been spat at and called faggot, I would respectfully ask that we play the hell out of this Christmas classic and sing along to boot. It is not that I relish in the experience of a verbal attack nor that it did not in any way upset me, it did. We have a choice. To ban the use of a word that insults from a separate, creative and cultural context neither helps nor solves the matter.

My response to my spitting faggot incident was to have ‘FAGGOT‘ printed in pink on a t-shirt and wear it at public events. I want the wider world to look at it, read it, have to explain it to their children, and perhaps consider the impact of such abuse on real people. I also ask that listening to Fairy-tale of New York’  we consider the entire dialogue between these two social outcasts portrayed by Shane MacGowan and Kirsty MacColl. To focus in on one word and ignore its whole narrative lacks intelligence and fights a fight that does not exist. The real monster is still out there and feeding whilst we sit and play tiddledywinks with a tune.

Dean Martin did not tell his lady-friend it was cold outside because he wanted to fuck her stupid whilst she was out on rohypnol. Kirsty MacColl, who also recorded tracks for the HIV fundraising Red Hot and Blue series, is not a homophobe, but we can make that the truth IF we want to. This is the age of fake news, post truth and alternative facts, and if you can’t beat em….

I think that particular world is exhausting and as such reactions approach the norm, I would happily inhale the toxins. I want to be unconscious.  Fight the good fight and take your gloves off. It is going to hurt, but the rest is just a fairytale.