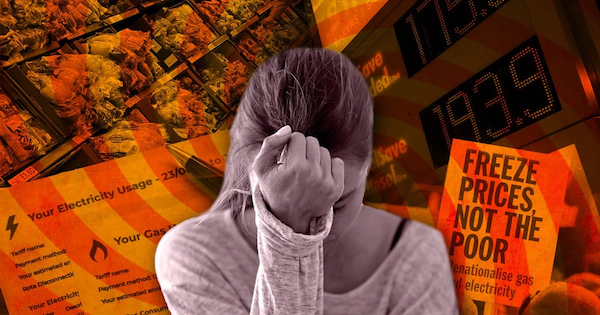 The British Psychological Society (BPS) has warned of a potential mental health crisis this winter as it publishes new figures that reveal one in two people are experiencing anxiety about being able to pay their bills as a result of the cost of living crisis.

The new findings lay bare the toll the cost of living crisis is having on people’s anxiety and mental health following energy price cap rise this winter and the current economic uncertainty.

The data, collected by YouGov on behalf of the BPS, reveals that 51% of respondents who did not already have a diagnosed mental health condition reported feeling more anxious about being able to pay their bills than this time this last year.

One in five people (21%) without a previously diagnosed mental health condition reported that worrying about money was making them feel depressed, and only just over a quarter of all respondents, (27%), said they felt confident they could get by financially this winter.

Following the energy price cap rise on October 1, and the turbulent economic situation facing the country, BPS is sounding the alarm about the potentially devastating impact the cost of living crisis could have on people’s mental health, and the strain this increased anxiety may have on already struggling mental health services this winter.

While the government has announced energy bill support, BPS has warned currently there is not enough support targeted to those on the lowest incomes, and highlights that as well as energy bills, people are highly anxious about being able to afford food and fuel this winter – 52% of all respondents were concerned about not being able to afford food/groceries over the next year, and 50% were concerned about affording fuel over the next year.

The survey also highlighted that some groups in society are significantly more anxious about the impact of the cost of living crisis. Those already diagnosed with a mental health condition, women, young people and those from a lower socio-economic status expressed more anxiety.

Sarb Bajwa, Chief Executive of BPS, said: “The cost of living crisis is critical, immediate and severe and disproportionately impacting those that need support the most. As well as the practicalities of being able to heat homes and put food on the table, people are also carrying the mental health load of living under this strain. We are incredibly concerned that many simply will be unable to cope, with nowhere to turn to get help as services are already stretched and struggling to cope with soaring demand.”

“We urge the government to target support to those on the lowest incomes and benefits, and make sure that there is the necessary funding in place for mental health services so they can try and cope with the inevitable surge in demand we will see this winter.”