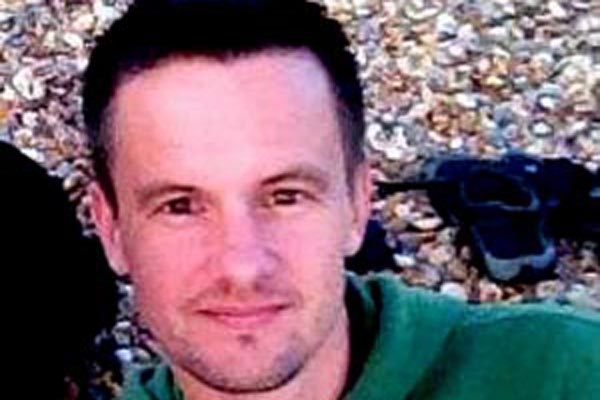 On Friday, August 2, family and friends gathered at St Andrew’s in Waterloo Street, Hove to say farewell to Richard Tredgett, who died suddenly on June 20.

Songs and music featured extensively at Richard’s funeral, with both the Actually and Brighton Gay Men’s Choruses singing some of his favourite songs.

He was possessed of a fine Tenor voice and he loved to sing. When he performed karaoke, Richard knew how to get the crowd going – although knowing the lyrics was sometimes optional. As well as belonging to the Actually Gay Men’s Chorus, he was a member of two other choirs, including one in London, and a work choir in York. His fiancé Joe Paxton is the Chorus Director of the Brighton Gay Men’s Chorus.

Richard was born to Pat and Clive Tredgett. He lost his dad at a very young age, and his mother when he was 30. The loss of his parents affected him deeply. Their passing made him value life, and engendered within him a determination to live his own fully.

His family and friends say that he did more in forty years than most people do in eighty. He turned his hand to many different pursuits, and was always up for trying new things and travelling to new places.

Richard’s death prompted messages of shock and sympathy from across the world. He had travelled extensively, and left a positive impression on the people he met. He was known to be kind, funny, and full of life and joy. The packed pews at St Andrew’s attested to how widely he was loved and admired.

Richard was not particularly organised, and punctuality was not his strongest attribute. Those who knew him well knew to schedule plans not only in GMT but in RTT – Richard Tredgett Time – as it seemed that he had his own time zone. However, with his handsome, disarming smile, those who had been left waiting found that it was hard to stay mad at Richard for long.

Richard attended Moulsecoomb Primary School, Falmer High School and then BHASVIC. Through a combination of natural talent and hard work and determination, he was successful at school, in sport (in which he could be quite competitive), and in music. Having attended university in Leeds, and maintained a connection to the area, he had recently returned there for work, and was looking forward to reconnecting with the stomping grounds of his student days.

Richard was a big Eurovision fan. As children, he and his family used to spend Eurovision evenings completing their own score cards. His love of Eurovision continued into adulthood. Richard would spend many Eurovision nights at parties with friends, and Eurovision was a common theme in his music playlists.

Richard’s funeral coincided with Brighton Pride. Pride meant a lot to him. He loved the celebration, and had attended Prides across the UK and Europe. Many fond memories were made at Prides in Manchester, Birmingham, London, Madrid, Barcelona and Gran Canaria.

Richard had Irish heritage. and was very pleased to get his Irish Passport. His childhood trips to Ireland to see his family were full of freedom and fun, as he ran amok with sister and cousins. He played in the fields all day and only came back when hungry. As an adult on these trips, he’d discovered the local bar, Richard enjoyed many a drunken time that ended with him having to negotiate the cattle grid to the house without incurring the wrath of his mum.

In recent years he greatly enjoyed being an uncle and would buy his nephews fantastic gifts for Christmas and birthdays – although they were not always age appropriate (a full size skateboard for a two year old being a particularly notable example). His ambition was to be Uncle of the Year, and he knew that great toys were the keys to the boys’ hearts.

Richard was well known in Brighton and Hove. His death has affected many people in the city, and far beyond. He will be missed sadly by all who had the privilege of knowing him.