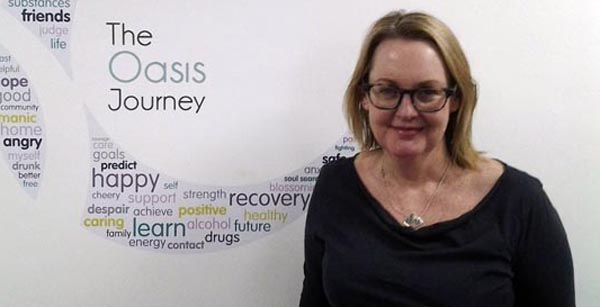 The drug and alcohol misuse service, Brighton Oasis Project hosted an event on Friday, February 19 to highlight the vital services needed for young people in the region and promote their key messages for the future.

The event coincides with National Safeguarding Day on Monday, February 29 which is the one day this year where organisations Stop what they are doing, Look at their safeguarding practices, Listen to young people and take action.

Last Friday’s event was attended by delegates from the local community including a number of Brighton Oasis Project service users who described their situations, their drug and alcohol dependency and the impact the service has had on their lives and the lives of their children.

Peter Kyle, MP for Hove, is a champion for youth services and making a difference to young people’s lives through his work with youth unemployment charity Working for Youth.

Speaking prior to the event last Friday, he said: “I am determined to ensure that at this crucial time, we do everything we can to support the next generation. National Safeguarding Day is a fantastic initiative and it’s important that we focus on all areas where our children are being affected from alcohol and substance misuse to unemployment. The services which Brighton Oasis Project provide are vital to the region and I am proud to support an organisation which has such a positive effect on the lives of children impacted by drugs and alcohol misuse in the city.”

Brighton Oasis Project provide a range of services which all contribute to safeguarding children in the city, giving care and support to around 175 children a year directly, with many more safeguarded indirectly as a result of their services for adults.

In a recent report for Channel 4 during Children of Alcoholics Week it was revealed that 2.6 million children, roughly one in five, live with a hazardous drinker. Two young children from Brighton Oasis Project’s Young Oasis service who lived with a parents with an alcohol problem were interviewed for the report and said their lives “were without question better now” having attended the service.

Jo-Anne Welsh, Director for Brighton Oasis Project, explained: “Brighton Oasis Project has been working with women with drug and alcohol problems for 19 years and since our inception we have provide a crèche. The links between substance misuse and risks to children are well-known and we know that women are unable to access treatment without child care and that children affected by substance misuse are vulnerable.”

Caroline Lucas MP was represented at the event by Councillor Alex Phillips from the Green Party, who gave an impassioned speech about how impressed and inspired she was by the work Brighton Oasis Project do in the city.

Jo-Anne added: “We’re very grateful to everyone that attended our event to hear staff along with current and former clients talk about our services and the impact they have on children’s safety and wellbeing. We want to increase the visibility and give a voice to children affected by substance misuse in the family and let local businesses know about our evaluation of the POCAR service which highlights the social value created by the POCAR programme which works with parents whose children have social work involvement as a result of their parents substance misuse.”

National Safeguarding Day is organised by the National Council for Voluntary Youth Services (NCVYS), who urge organisations to pledge to spend some time on February 29, 2016 reviewing their safeguarding policy and/or practice, and run safeguarding sessions with young people on Monday, February 29.