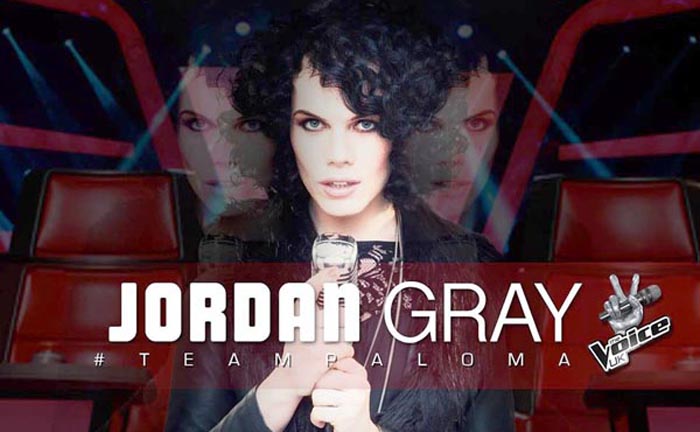 Star of The Voice, Jordan Gray and Shane Richie Jnr, are among the stars adding a touch of extra Sparkle to one of the UK’s leading LGBT events.

Newcastle Pride, returning for the 9th year in June and July, has joined forces with national transgender charity, Sparkle, to help make this year’s event more inclusive than ever.

As part of the landmark partnership Sparkle, based in Manchester, will be programming some of Pride’s Main Stage weekend, which runs at Newcastle Town Moor on July 16 and 17.

This includes performances by Shane Richie Jr, Jordan Gray and a host of other acts that have previously proven popular at Sparkle’s own weekend festival, which is already the largest free trans event in the world.

Debbie Roberts, Interim Chair of Sparkle, said: “The Sparkle mission is to promote a positive public image of the trans community within society, to challenge stigma and to build confidence.

“Our involvement in Newcastle Pride highlights trans as part of the wider LGBT family and we are delighted to be bringing this positive message to the North East.”

Transgender singer Jordan Gray, aka Tall Dark Friend, made it to the semi-finals of BBC singing contest, The Voice, earlier this year and has since toured across the UK and Scandinavia.

She will be joined for the Sparkle slot at Newcastle Pride by Shane Richie Jnr, the eldest son of entertainers Coleen Nolan and Shane Richie, who has carved out a successful career as a solo singer, band frontman and musical theatre star.

Shane said: “My Mum introduced me to Sparkle a few years ago and I’ve since had the opportunity perform at a number of associated events, including The National Transgender Awards.

“The right to be who you are is fundamental and it’s a real honour to be able to celebrate that fact at Newcastle Pride 2016.”

Other acts set to appear at the Town Moor include reality TV favourite Jake Quickenden, 90s icon Sonia, actress and singer Heather Peace, clubland star Tina Cousins, former Brother Beyond star, Nathan Moore and Lorraine Crosby, a former contestant on BBC show, The Voice, who is perhaps best known as the female vocalist on Meatloaf’s I’d Do Anything For Love.

A number of themed entertainment zones and activities will also be open throughout the weekend, including the regular Steve Paske Health Zone (SPHZ), which has a key focus on the health and wellbeing of gender diverse communities.

Mark Nichols, Chair of charity Northern Pride, which organises the Newcastle Pride festival, said: “Newcastle Pride is all about encouraging inclusivity, opening up communication and promoting greater understanding of all aspects of gender diversity and the LGBT community.”

“The theme for this year’s event is be yourself, change the world, #be proud and it’s highly fitting that Sparkle is going to be a key part of that.”

To view the full line up for Newcastle Pride, 2016, click here:

The festival’s Main Stage weekend is free to attend, however a number of Gold Circle and VIP tickets are available for those who want to guarantee prime viewing spots for the main weekend.

These are priced from £12 per person and are on sale now .