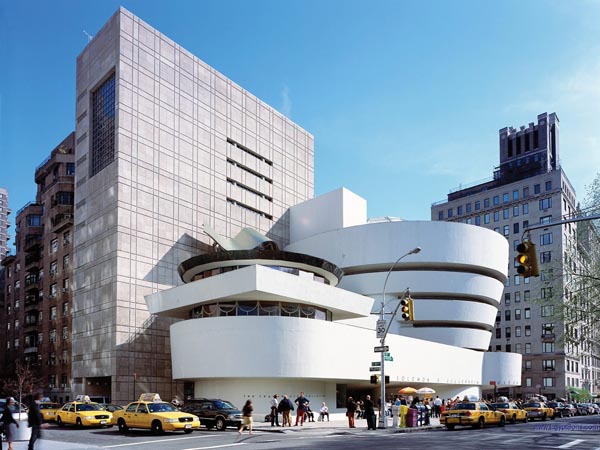 Jaq Bayles takes a big bite out of the Big Apple and digests the hidden gems of the city that never sleeps.

New York probably has more givens than any other city in the western world. So good they named it twice, concrete jungle where dreams are made of, never sleeps (wish we’d remembered that one when we were hanging around til 8am in our hotel room for somewhere to open where we could get a cup of tea), favoured date spot of King Kong.

But what about the stuff the songs and movies don’t tell you? A block is never as short as it looks on the map; a short-stack of pancakes is practically the height of the Empire State Building; you will get chatty with Irish bar staff who will insist on buying you drinks; you will get drunk – although not as drunk as the bride-to-be who is on the bar top pouring a bottle of wine all over herself. Oh, and if you go in February chances are it’ll be colder than The Day After Tomorrow.

However you approach it, the Big Apple offers more juicy bites of adventure than your average Granny Smith does sugar content, but where to begin?

My brief for this piece was to present five things to do in New York that don’t involve the Empire State Building. Practically impossible – I’ve already name-checked it twice and we’re under 200 words in… So let’s go against brief for a moment. You HAVE to do the ESB, and not just for the views, which are almost unparalleled (more of which coming). What you tend not to see in the movies is the interior – a knock-your-socks-off feat of Art Deco design. The main thing you don’t see from the ESB is… the ESB. But there’s one place you can go to remedy that – and other things that might ail you if you believe in the restorative qualities of alcohol.

The Top of the Rock is widely billed as having the best 360° views in NY, given that it overlooks the ESB. But it will cost you $27 dollars to get to the observation deck at the summit of the 259m, 70-floor Rockefeller Centre. There are better options… Bar 65 Rockefeller Centre offers the same unobstructed views for the price of a cocktail, which start at $20. That’s the sneaky cheap way to do it, with added booze, but get there early as punters are catching on (it opens at 5pm).

Even when you can do them cheaper, some things you simply have to pay for. But if you’re on a budget, there are plenty of ways to do New York essentials for free.

Looking for Lady Liberty to shine her light on you but don’t want to fork out the $17 to get you up close and personal (plus the cost of the boat fare to get you there)? The Staten Island ferry is your free pass. The big red boats that run a constant Staten Island to-and-from service take you right past Liberty Island, with views every bit as good as those from the Circle Line tour. And did I mention the free-ness?

Need more of an Art Deco fix than Midtown’s ESB or Rockefeller Centre can deliver? Get your walking shoes on and head to nearby Grand Central station, with its fabulous vaulted ceiling, while just over the road the Chrysler Building rises up from its central lobby, Deco down to the floor tiles. Free, free, free.

Central Park? Free. But lord knows we’ve all seen enough of that on TV, so give your imagination a break and head to Chelsea where the High Line beckons – a one-and-a-half mile elevated section of a disused railway spur, redesigned and planted as an aerial park. It’ll give you views over Liberty Island too if you jump on near Chelsea Market, the giant urban food centre that’s as much a feast for the eyes as it is for the appetite. You don’t have to pay to look…

Not too far away there’s another feast for the eyes in the shape of the Flat Iron building. Indeed, it’s its shape that draws the crowds – an odd triangular effort that soars above Madison Square park (one of many New York spaces described as a ‘park’ that wouldn’t stand muster under a UK definition – mostly handkerchief-sized squares of scrubland with a smattering of benches), where you can admire the architecture over a Shake Shack burger at the original site of the chain that evolved from a hot dog-cart.

Which brings us on to ways of sustaining your calorific intake as you navigate those blocks that all look so tantalisingly close to one another on the map. If you’ve got deep pockets and like fine-dining, New York has no shortage of Michelin-starred eateries and popular brunch bars – but book ahead. If you’re dollar-light the choices aren’t lacking either – except in actual nutritional content.

Budget eating is as lacking in greenery as the parks, although we did see an egg-white omelette with broccoli go out of our favourite breakfast diner on one occasion. Indeed, 24-hour diners are cheap enough to be cheerful at any meal, as long as you only want to eat eggs, whether they’re over-easy, scrambled, boiled or whipped up into a pancake.

Most hotels, certainly in Midtown, don’t do breakfast, so diners are a good bet here. And if you happen to be heading back to your hotel, drunk after a night in one of those Irish bars? There’s no end of pizza joints that’ll serve you up a mega slice of your favourite toppings for a small amount of cash. You won’t remember the exact cost and you’ll probably wake up to pizza crusts at the foot of your bed, but at least you’ll have lined your stomach. Albeit after the event.