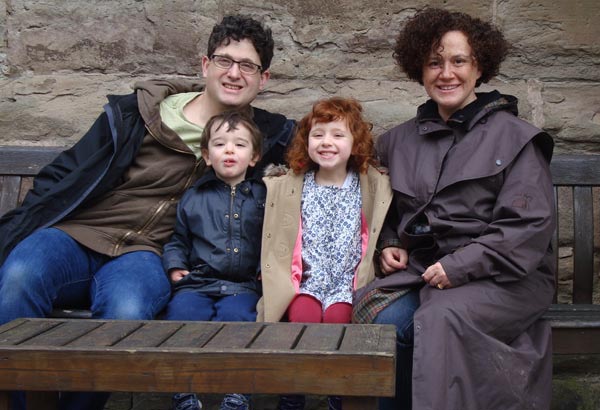 Brighton mum of two Nikki Braterman, has been given new hope of a bone marrow transplant early next year thanks to a 43 year old male donor from Germany.

ALTHOUGH NOT a perfect match, doctors at the Royal Marsden have advised that the transplant should go ahead with this particular donor because, Nikki’s blood anti-bodies do not react against his blood in the same way as it did with potential donors identifiedfor Nikke earlier in the year.

On hearing news about the transplant Nikki, said: “I’m feeling much more positive after today’s news.  I know there are a lot of risks and the outcome is still not certain, but the fact that a donor has been found gives me new hope.  I know the donor is not perfectly matched but I am encouraged after being told that my blood antibodies do not react against his blood in the way that they did against previously identified potential donors.

Of course, we are still looking for further donors for two reasons.  First, if this transplant failed a perfectly matched donor will give me the best fall back position.  Second, the recruitment of more donors to the register, particularly from black and minority ethnic and mixed heritage backgrounds; could save other people’s lives as well as mine.

“Whilst I know it will be tough I am grateful I can have the transplant early in the New Year as I finally have the chance to get better.  But first, I am looking forward to spending a very special Christmas at home with my family.”

A search for a bone marrow stem cell donorfor Nikki was carried out earlier in the year but no suitable matches were found.

The family launched an appeal to find a donor, through the website www.perfecttenmatch.co.uk, which provides further information on the appeal as well as links to all UK and many international donor registries.

Since the appeal was launched there have been over 350,000 hits on the website and Delete Blood Cancer has reported a 200% increase in requests for donor packs since they supported Nikki’s campaign.

Nikki was diagnosed with acute myeloid leukaemia in December 2013 and had undergone four rounds of intensive chemotherapy.  She initially appeared to be responding well to treatment but was diagnosed with a relapse of the disease in her central nervous system in September 2014. Nikki has since been undergoing further treatment including radiotherapy at the Royal Marsden Hospital in London.

Whilst this treatment is necessary to bring the disease under control, doctors have said that the only prospect of a cure lies with a bone marrow transplant.

Because of the particular strain of acute myeloid leukaemia, and the fact that a relapse has occurred in the central nervous system (which is, in itself highly unusual and dangerous) the need to proceed to transplant is urgent, as doctors are certain that without a successful transplant Nikki would get ill again soon.

Although further risks and complexities remain with the treatment, the family now feel more optimistic.  Nevertheless, they are carrying on the www.perfecttenmatch.co.uk campaign because there is a higher risk of transplant failure with Nikki’s current donor being a near match but not a perfect match.  If that happens then there could be a need for a second transplant and risks would be lower if a perfectly matched donor could be found for that situation.

The family also wish to continue the campaign as they want to use Nikki’s situation to encourage more people to come forward as donors, especially as those from black and minority ethnic and mixed heritage backgrounds are less likely to find a good bone marrow stem cell donor match.

Nikki herself is mixed heritage, her mother being Anglo/Burmese and her father Irish. Although this isn’t always the case, perfectly matched donors are most likely to share the same ethnic background as the person benefitting from the donation.  The best matched donor for Nikki is therefore most likely to have a South/East Asian and European mixed heritage themselves.