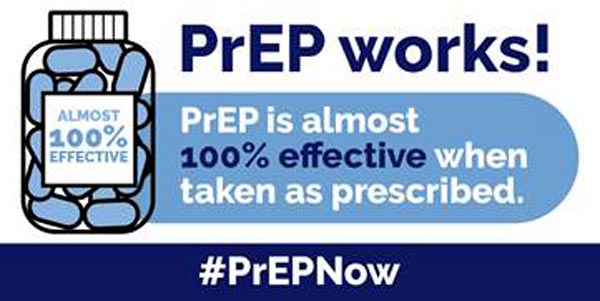 No evidence found of fake or counterfeit PrEP in any samples examined in new research by HIV organisations PrEPster and Terrence Higgins Trust.

Following testing by scientists at Imperial College London, the 14 samples from the six main online suppliers of generic PrEP were found to contain what is necessary to prevent HIV infection. There was no evidence of fake or counterfeit PrEP in any of the samples bought online.

These findings are important as it’s thought nearly half of PrEP users in England are accessing PrEP outside of the NHS trial. When taken as prescribed, PrEP gives almost 100 per cent protection against HIV.

The results will be presented at the HIV Drug Therapy Conference at Glasgow’s SEC on Monday 29 October.

Generic drugs are copies of brand-name drugs that have the same dosage and intended usage as the original drug. Generic PrEP can be bought online for between £20 and £30 a month.

The research is a collaboration between scientists at Imperial College London, HIV and sexual health charity Terrence Higgins Trust and community organisation PrEPster, which campaigns for wider PrEP access.

PrEP is currently available in England as part of a three-year NHS England trial providing access to 10,000 people. However, within one year of starting, it has already had to be increased by 3,000 places (to 13,000) due a surge in demand. Almost 9,000 people are currently accessing PrEP via the trial with some of the busiest clinics now unable to provide PrEP to gay and bisexual men due to being oversubscribed.

This means people at risk of HIV are finding themselves unable to access this game-changing drug.

PrEP is available on the NHS in Scotland and via an uncapped study in Wales.

The drug from NHS England’s three-year PrEP IMPACT Trial was also tested in the study, as well as a sample of Gilead’s Truvada, which is the non-generic version of PrEP.

PrEP, alongside condoms, HIV testing and the rapid initiation of effective treatment for people living with HIV – which means the virus becomes undetectable in the blood more quickly and therefore can’t be passed on, has played a key role in that progress.

Will Nutland, co-founder of PrEPster, said: “The data should offer further reassurance to those sourcing online PrEP in other parts of Europe, given that many of the supplies from the sellers are imported via the UK.

“This data builds on the existing results of therapeutic drug monitoring testing and offers additional and ongoing assurances about the quality and integrity of generic online PrEP being sold by six of the main suppliers.”

Ian Green, Chief Executive at Terrence Higgins Trust, said: “These results clearly show that the PrEP being privately sourced online from the main suppliers is fit for purpose and therefore, when taken as prescribed, highly effective at preventing HIV. Understandably, those considering ordering PrEP online have some concerns about what they are buying and hopefully this will act as further reassurance.

“But this doesn’t change the fact that NHS England must make PrEP routinely available to those who need it. It’s unacceptable that many trial sites on the IMPACT Trial are now unable to provide PrEP for gay and bisexual men as no-one should be denied a pill which can prevent HIV as we work toward reaching zero HIV transmissions in this country.”