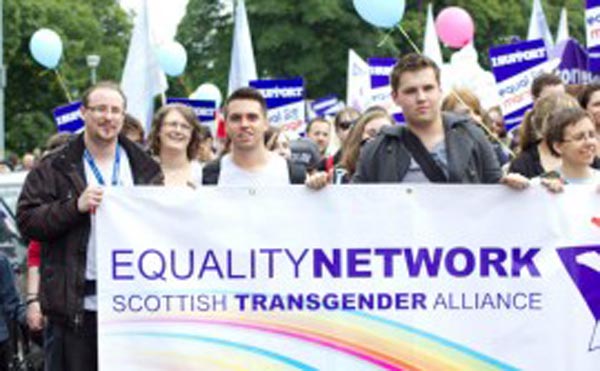 The Parliament’s Standards, Procedures and Public Appointments Committee will consider whether to approve the Group at its meeting this morning (November 3).

If agreed this will be the first time in the Parliament’s 17-year history that a parliamentary group has been established with the specific cause of tackling many of the issues still surrounding the LGBTI+ community in Scotland.

The MSPs proposing the Group met with LGBTI organisations on September 28 to discuss the potential agenda and aims of the Group, and, if approved, the Group is scheduled to first meet officially in the Scottish Parliament on December 14 to agree a work programme for the parliamentary term.

The Group’s formation was put into motion by recently elected Conservative MSP Jamie Greene, who is openly gay, with a view to creating a group with genuine cross party input and which sets out to address key issues of importance to the LGBTI+ community in Scotland and help to improve the lives of Scottish LGBTI+ people.

In addition to the convenerships, the group secretary role will be filled by the Equality Network to ensure neutrality in the ongoing management of the group and provide administrative and organisational support to group members.

The four co-conveners commented on the historic formation of the Group:

Jamie Greene MSP (Conservative, West Scotland), said: “When I was sworn into the Scottish Parliament I was surprised to learn that no such group that promoted the rights of LGBTI+ currently existed. In a parliament with such a strong track record of being open and tolerant towards the community it was unthinkable that it didn’t offer a formalised platform to promote and address the core issues that affect this community today.

“The formation of this Cross-Party Group will help us address critical issues facing the LGBTI+ community that have often been largely absent from the mainstream agenda. In addition to issues such as Health, Education, Equality and Bullying, we also hope to look at issues such as geriatrics care, LGBTI life in rural Scotland and Transgender issues. By bringing decision-makers and third sector workers under a single umbrella we can create an effective forum both in discussing and tackling the many issues that still impact the LGBTI+ community today. I am very proud to see this group get off the ground and hope it will make a genuine difference in the lives of people across Scotland. That’s why we got into politics after all.”

Scottish Labour Leader Kezia Dugdale MSP (Labour, Lothian), added: “I am very pleased to co-convene the LGBTI+ CPG. It’s very important to me that we use our voices and the power that we have to make a difference for LGBTI+ people across Scotland, particularly LBGTI+ young people. I am looking forward to the CPG discussing the way forward for teaching inclusive education in our schools, as it’s imperative that the classroom reflects our society.”

Scottish Green Co-Convener Patrick Harvie MSP (Green, Glasgow), said: “Holyrood is a parliament created for the modern age, and it’s worth reflecting that it has never once voted to undermine or deny LGBTI people’s equality. It’s important that we continue to make progress, from inclusive education to the helping the global equality cause, and from meeting LGBTI health needs to challenging political parties to stop selecting anti-equality candidates. The cross party group will help bring together people who share this agenda.”

Ben Macpherson MSP (SNP, Edinburgh Northern & Leith), added: “I think it’s important that we’ve established this group to bring people of all sexualities and genders together – to tackle issues affecting the LGBTI+ community and advance change where it’s still needed.  Scotland is considered one of the most progressive countries in Europe and the world; however, there is still much work to do to tackle the prejudices and inequalities that too many people still face, simply because of their sexuality or gender identity. I look forward to working with everyone in the group to build on the progress made in recent years to create a Scotland that is fully equal and inclusive.”

Tim Hopkins, Director of the Equality Network, concluded: “The establishment of the Group demonstrates the cross-party support in the Parliament for LGBTI+ equality. Scotland has made a lot of progress on these issues since 1999, but there is a long way still to go, and the Group will be an important focus for mapping the way forward. All credit to Jamie Greene and the other MSPs in the Group for their commitment to this.”

Organisations or individuals who are interested in joining or attending group meetings should contact Secretary of the Group Tim Hopkins on tim@equality-network.org

For more information about the Equality Network, click here: