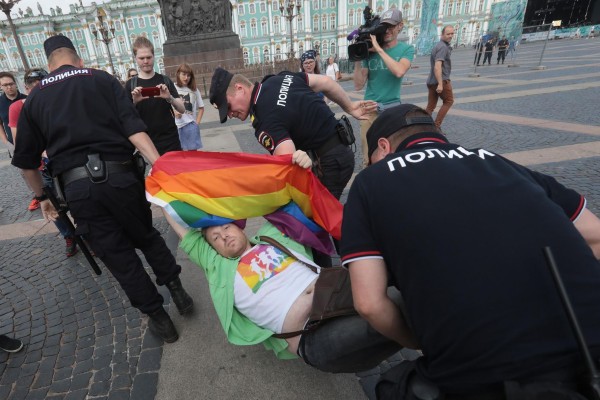 A new law has been proposed in Russia that would prevent transgender citizens from legally changing their gender to align with their gender identity – a similar law already exists in Hungary. The bill has been suggested by politician Yelena Mizulina; known for taking a leading role in the creation of anti-LGBTQ+ laws with support from Russian president Vladmir Putin. Queer people are often persecuted under Mizulina and Putin’s laws that ban ‘gay propaganda’, thus criminalising LGBTQ+ activism and even dressing in a manner that authorities consider to suggest one is LGBTQ+.

Trans Russian citizens already have restricted rights such as being banned from driving. There are no legal protections from LGBTQ+ discrimination and over half of Russian’s reported they would not want an LGBTQ+ neighbour. There were reports in 2019 of a violent anti-LGBTQ+ group, Knife International, that pledged to ‘purge’ Russia of queer people. Members are thought to be responsible for the murder of LGBTQ+ activist Yelena Grigoryeva after the group’s website (which has since been taken down) encouraged users to ‘hunt down’ activists.

Later this month the Russian parliament will decide if the new law is to become official.