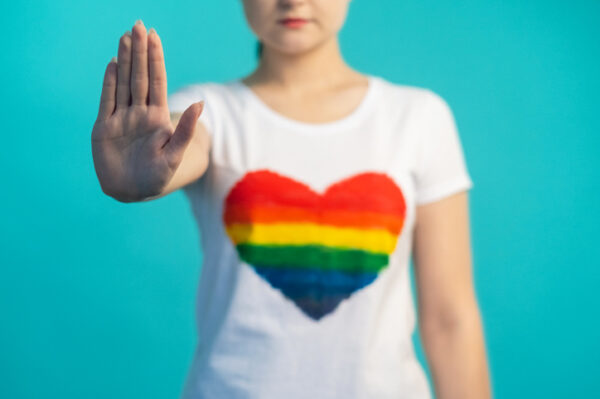 While there is an increasing body of research identifying the impacts of growing up in a household where there is family violence and abuse, there is very little research exploring LGBTQ+ people’s experiences of growing up and being targeted by family members.

A recent survey found that 65% of LGBTQ+ people surveyed had experienced at least one form of abuse from an adult family member. This abuse was highest for the youngest age groups (i.e. in the 16-17 and 18-24 year age categories), with Black and minoritised LGBTQ+ people experiencing significantly more family-perpetrated abuse than White respondents.

“University of Roehampton is seeking to interview LGBTQ+ people who have experienced some form of abuse or violence from one or more family members while growing up.”

The most commonly reported behaviour was ‘emotional and controlling behaviour’ (63%), followed by ‘identity abuse’ (48%), in which their gender identity or sexual orientation is used against them (for example, threatening to out someone, or restricting access to transition-related healthcare or medication). There was a wide range of negative impacts reported as a consequence of experiences of family-perpetrated abuse, including harms to emotional wellbeing, social isolation, and feelings of anger, frustration and fearfulness.

In terms of responses to the abuse, 37% of LGBTQ+ people reported that they changed their behaviour to avoid the abuse, and 51% left the family home and/or moved away from the local area (Donovan et al, 2021).

However, beyond surveys, we do not know how such violence and abuse is experienced, how LGBTQ+ people cope with it, or what barriers there are to LGBTQ+ people finding help and support. At a broader level, we want to understand how this form of violence fits within current frameworks for understanding both family violence (including so-called ‘honour’-based violence) and homophobia.

To help address this knowledge gap, myself and colleagues at the University of Roehampton are seeking to interview LGBTQ+ people who have experienced some form of abuse or violence from one or more family members while growing up. This may include experiences of homophobia, biphobia or transphobia but we also want to understand a broader set of experiences of violence and abusive behaviours and consider how they intersect with sexuality and gender diversity.

The interviews would take place online (e.g. via Teams) or over the telephone at a time of your convenience, and are open to those aged 18 years and older. The project has been funded by the University of Roehampton and has received ethical approval from the University’s ethics committee.

If this project is something you might be interested in, please do get in touch and we can tell you more about it. Contact Dr. Amanda Holt at amanda.holt@roehampton.ac.uk or Prof. Mark McCormack at mark.mccormack@roehampton.ac.uk