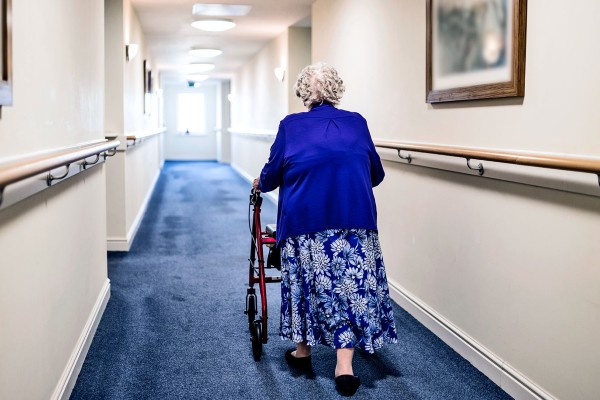 New Jersey governor Phil Murphy recently signed the ‘LGBTQI+ Senior Bill of Rights’, which will provide legal protections from discrimination for queer people living in nursing homes. The new law bans discrimination, which includes refusal to use someone’s preferred pronouns or denying them access to single-sex spaces. After signing the bill, Murphy tweeted: “Everyone should be able to live with the dignity and equality they deserve.”

The bill passed unanimously through the state senate earlier this year, with Murphy saying his administration is “committed” to supporting older LGBTQ+ people. A 2019 report conducted by the Human Rights Campaign on nursing home facilities for LGBTQ+ people found only 22% of queer residents felt they could comfortably discuss their sexual orientation and/or gender identity with staff. An addition 43% reported some form of mistreatment or discrimination.

New Jersey assembly member, Valerie Vainieri Huttle, said the new bill is essential, telling Them: “Many older adults in the LGBTQ+ community have experienced decades of stigma and discrimination. They should not, under any circumstances, feel marginalised in the long-term care center where they deserve to feel at home.” Huttle said lawmakers are working “tirelessly” in the state in order to combat LGBTQ+ discrmination, particularly among older people.