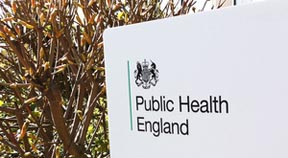 The latest PHE figures come after a recent campaign by a coalition of LGBT organisations which called on political leaders to improve sex and relationships education in schools. These figures highlight the urgent need to make LGBT-inclusive Sex and Relationship Education (SRE) statutory in all schools.

Yusef Azad, director of policy and campaigns at National AIDS Trust (NAT), said: “The Public Health England statistics for 2013 show a continuing high rate of new MSM HIV diagnoses in theUK – about nine  gay and bisexual men are being told they have HIV every day. This reflects undiminished and significant levels of HIV transmission in our society amongst gay men.

Yusef Azad, added: “There continues to be an encouraging decline in the proportion of gay men diagnosed with HIV late – from 43% in 2004 to 31% in 2013. Being diagnosed late, which usually means you have had HIV for at least four years, can have a serious impact on your health, potentially leading to a shorter life expectancy, worse health outcomes and in some cases death soon after diagnosis.”