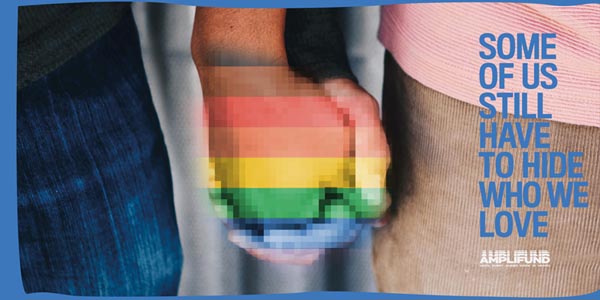 THE launch of the initiative, a partnership between Gay Times and the LGBT+ human rights charity GiveOut, was unveiled in the Benjamin West Theatre at The Royal Academy, London on Thursday, June 13.

Launched by Tag Warner, CEO of Gay Times, Amplifund will be funded by Gay Times’ corporate partnerships, subscriptions and individual donations, and will channel resources to support queer activism and media, helping to increase the acceptance of LGBT+ communities around the world.

The initiative also aims to bring more diverse voices to the forefront of mainstream LGBT+ media in the UK and the US, where there is often a lack of understanding of experiences of LGBT+ people outside of these contexts.

Two organisations, J-FLAG based in Jamaica and IraQueer in Iraq, have been announced as the first global partners to receive grants under Amplifund.

Gay Times CEO, Tag Warner said: “I believe this is a step-change not just in UK based LGBT+ charitable thinking and approach, but also a step-change in how we understand, create and distribute media around the world for our community. This initiative is not only about raising awareness and acceptance, it’s also a chance for us all to reflect on the current state of our global community.  One thing I fundamentally believe is that we all want to be seen for who we are.  Amplifund will enable our partners to continue their work, empowering queer people to feel understood, recognised and heard in all the places we call home.”

Rupert Abbott, Executive Director of GiveOut, added: “GiveOut is working in new and innovative ways to bring more resources into the LGBTQ human rights movement, which is woefully under-resourced. We are thrilled to be partnering with Gay Times in establishing Amplifund, to support LGBTQ activist groups around the world in their media work and campaigning.”

To complement the launch of Amplifund, Gay Times will announce a UK wide Out of Home (OOH) media campaign in collaboration with Grey London, MediaCom and ClearChannel to challenge the perception of what it means to be LGBT+ both in the UK and around the world and to discuss how we think about giving.