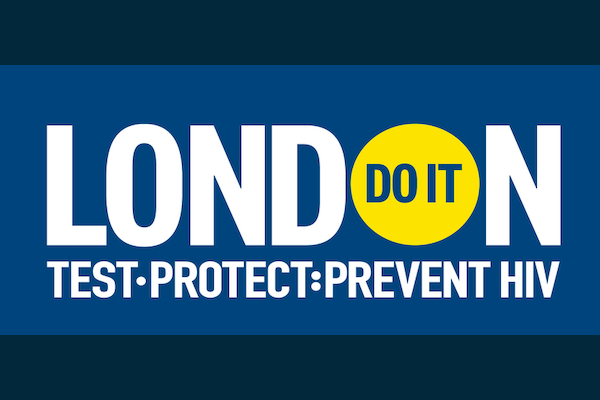 A new campaign highlighting the four proven ways to prevent HIV has launched to mark World Aids Day. In the face of the ongoing Covid-19 pandemic, the Do It London campaign reminds Londoners of the importance of HIV prevention and offers assurance that they can protect their health from HIV.

The ‘four sure’ methods of the combination prevention approach are: testing regularly for the virus; using condoms; using the HIV prevention medicine Pre-Exposure Prophylaxis (PrEP); and, for people who have been diagnosed HIV positive, achieving an ‘undetectable’ viral load through the use of antiretroviral medication. The latter safeguards the health of people diagnosed with HIV and has the additional benefit of treatment acting as prevention and eliminating the risk of onwards viral transmission.

The Do It London campaign, run by London boroughs as part of their collaborative London HIV Prevention Programme (LHPP), seeks to accelerate this downturn in new infections by sharing the message that HIV is preventable, that an HIV diagnosis is treatable, and that treatment acts as prevention.

Cllr Damian White, London Councils’ Executive Member for Health & Care, said: “Alongside our response to the ongoing Covid-19 pandemic, boroughs are working together to tackle the capital’s other key public health challenges – including HIV.

“This campaign is a crucial reminder to Londoners to protect themselves against HIV using the ‘four sure’ methods. In recent years, London has made excellent progress in reducing HIV rates. We’re as determined as ever to maintain this momentum and to achieve our target of zero new diagnoses by 2030.”

Paul Steinberg, Lead Commissioner of the LHPP, said: “The huge advances in HIV testing, treatment and prevention in recent years have underpinned the encouraging reduction in new diagnoses in London. We have the scientific evidence of what works to prevent HIV, and this carefully planned new campaign will help inform our communities of the ongoing importance of combination prevention.

“In what’s been a challenging year we want to reassure Londoners that HIV is preventable, treatable and that treatment also acts as prevention.”