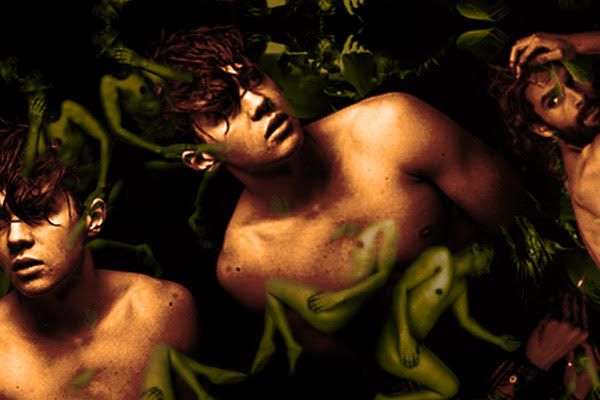 Neil Bartlett, OBE, entered the theatre world in 1983. He worked for Theatre de Complicite and later became Artistic Director of the Lyric Hammersmith in 1994. Bartlett is also an author and playwright. He published his first book Who Was That Man: A Present for Mr. Oscar Wilde in 1988.

Address Book is his latest novel. Comprised of seven different stories and seven different addresses, the novel takes you on a tour of queer history from the Victorian era to the present day. We caught up with Neil to find out more

What theme threads the seven stories together? “They’re all about what happens behind a front door. The front door is the dividing line between the outside world and your personal world. We never know what goes on behind somebody else’s front door, but we want to know. That started to coalesce in my mind with the question what stories don’t we hear, especially queer stories. The stories we’ve kept hidden or the stories about people who supposedly don’t matter.”

“I sat down one night and tried to write a list of every place I’ve ever lived. There was a penny drop moment where I realised I’d just passed through those places. In every room you’ve ever lived in, someone else has also lived there.”

“I went back to seven front doors that had been significant places in my life. I stood outside them, stared at them, and I asked the walls of those rooms to tell me a story about someone I didn’t know.”

“In the book there’s a doctor, there’s a pregnant housewife – people who are utterly unlike me. Yet in some way I was able to channel them and hear their stories.”

“People often ask what a book is about and I never know. If I did I could just write everyone a letter and say it’s about x, y and z. If I had to sum it up I’d say it’s about courage. The seven people you hear in the book all need it. They all discover that they have it already. One story takes place at the height of the AIDS epidemic, another takes place in the home of someone who’s just lost their life partner.”

“I’m 63, I’ve been queer since the day I was born, and I’ve been working as an out queer artist since I was 21. It’s something I want to pass on: as queer people we have every reason to hope. We have this incredible history, this incredible culture, this queer family of ancestors. If we turn to them they’re going to tell us everything we need to know about how to deal with the different situations we find ourselves in.”

Your first book about Oscar Wilde, the ultimate queer ancestor. “It’s been a thread throughout my work. Stories give us strength, they don’t just pass the time. When I wrote my first book, I was living in a pretty terrifying council flat on the Isle of Dogs. It was the height of the first wave of the British AIDS crisis. You couldn’t walk home safely at night. You’d be spat at at bus stops. You couldn’t go into a newsagent because every newspaper was screaming hatred at you.”

“I was part of a posse of glorious queens. We’d go dancing at Heaven and camp it up on the nightbus. I needed food for my soul though. That’s why I turned to Oscar Wilde. Here was a man who was once the most celebrated personality in London, and he was destroyed by homophobia. His two year sentence of hard labour killed him. The flipside of the story is that he went through that ordeal with incredible dignity and courage. He’s the visible tip of an iceberg; of an astonishing network of friends, lovers, artists, drag queens, immigrants – all of whom came through his life”

Do you have a favourite character in the new book? “I love them all. I can only create out of sympathy. To answer the question though I’d have to say the pregnant housewife. She lives on the top floor of a crappy old Victorian house. I lived there in the early 1980s with two flatmates and a thousand mice. I love her. She’s pregnant with her first child and she keeps a diary of her pregnancy. She finds out she has a queer neighbour. She’s never met a queer person and even though their worlds have nothing to do with each other, they form a strange alliance.”

“I love her voice. I felt like I didn’t write that story, I just typed it. I love the way she describes having sex too. She grew up in a household where you didn’t talk about those things at all. I have to pinch myself and remind myself that the characters are not real. I finished the book in lockdown so those voices in my head were almost the only voices I heard for weeks.”

You’ve been with your partner for 32 years. They say 6 months is a long time in gay years. What advice can you give us about sustaining a relationship for so long? “Oh lord, well, it kinda helps if you’re mad about them, which I am. He’s away at the moment and talking to him on the phone this morning, you get that little kick, just like the first time I met him. Practical advice: Talk and don’t lie, you really don’t need to. If you ever find yourself caught in a situation, don’t wait three days or three years, just be honest. Tact is also great. Learn the difference between tact and lie. Tact is not barreling in suddenly dumping everything that’s in your head. “Hello, darling, I’m not going to ask you about your day but here’s everything you need to know about mine.” Also, when did you last buy the person you love flowers? There you are, that’s three things: Don’t lie, tact and flowers!”

How’s it been working with Inkandescent, the independent publishing house? “It’s been fantastic. My last book was released by a big commercial publisher. It was no fun. They don’t really get my queer world, and I certainly don’t get their world: it’s posh and only about money and reputation. Working with Nathan and Justin is the opposite. They said, ‘We really love you, we’ll publish your book. It’s just the two of us around our kitchen table and we don’t have a marketing budget.’ They really believe that books matter. Everything now is about marketing, it doesn’t matter what the product is. That’s rule number one of capitalism: never mind if the product is any good, is the advert good?”

“Also, they’re young and gorgeous. They even got me on Twitter. I was like, oh god, what is this thing? It’s not my world but we’re doing it. I’m Tweeting away and Facebooking.”

“So, I offer you my story. If it can be of any use, take it, have it and share it. Talk to me about it. I’m getting so many people coming back to me telling me they found themselves in the book. Other people’s stories have meant so much to me, and it’s what’s made my life possible: the inspiration that stories can give us.”