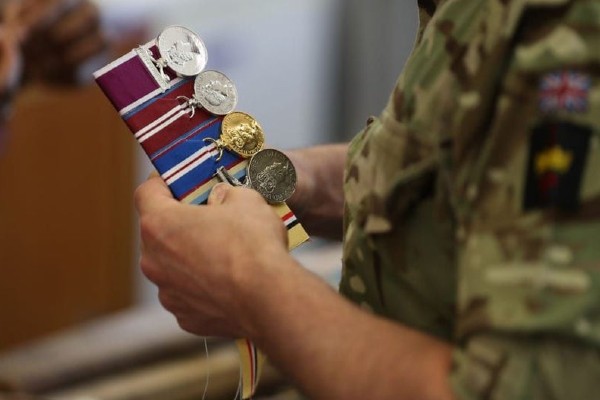 LGBTQ+ veterans who were stripped of their medals because of their identity will have them returned in time for Remembrance Sunday 2021 (November 14), as promised by veterans minister Leo Docherty. According to the Mirror – which has run a long campaign in collaboration with an LGBTQ+ veterans charity to have all medals returned –  Docherty said he will act with “deep urgency” to have the medals restored in the coming weeks.

He has ordered the Ministry of Defence to contact those who had medals confiscated so that they can be returned before Remembrance Sunday and worn by veterans on the day itself. Fighting with Pride joint-CEO, Craig Jones, said he is “delighted” at the news, adding: “Now LGBTQ+ veterans will be able to join in the solemn act of remembrance wearing the medals they so rightfully earned.”

Earlier this year, a scheme was launched so that LGBTQ+ veterans who had their medals removed or were discharged from the armed forces on the basis of their sexuality or gender identity can now reclaim these losses. The Ministry of Defence said it is “committed to addressing this historical wrong”, as medals continue to be returned to LGBTQ+ veterans across the country.