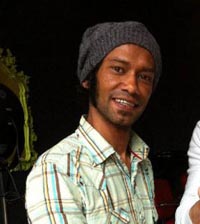 A man known to police as Ricardo Pisano but whose real identity still remains in doubt was arrested in the early hours of Monday morning in Southampton following a disturbance in a house.

He was taken to Southampton police station where he was identified as wanted for the murder of Michael Polding, who was found dead in his flat in Brighton in July 2012.

There had been an international search for Pisano also known as Ricky, Ree, and Brandon Victor Pillay, who has links to South Africa and New Zealand, after he was believed to have been the last person to see Michael Polding alive.

The search has included liaison with law enforcement agencies and the public via a dedicated website seeking information.

He remains in custody at Brighton and is being interviewed by members of the Surrey and Sussex Major Crime Team.