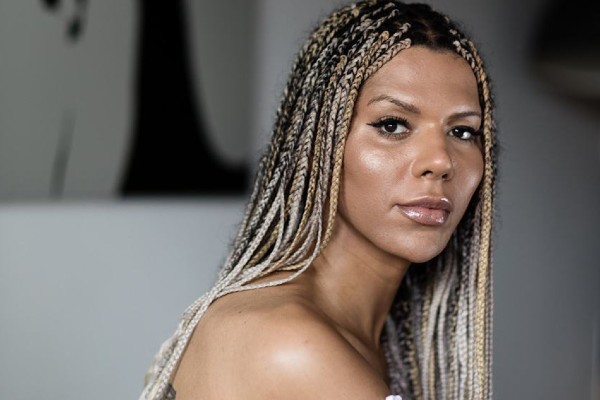 Model, writer and trans activist, Munroe Bergdorf, has partnered with Women’s March Global to promote the ‘Global Count’ – a mapping poll which aims to document the cultural, economic and social barriers to women and gender diverse people’s progress. It is the largest of its kind to ever take place, and is the fifth annual event from the leading women’s rights organisation, formed on the back of the international protests that took place four years ago following Donald Trump’s inauguration.

Women’s March Global is encouraging self-identified women and gender diverse people from all backgrounds to participate in the poll which will run from January 21 (the Women’s March Global anniversary) to March 8 (International Women’s Day). The survey can be taken online and is supported by a handful of prominent figures, such as Bergdorf, and international women’s rights organisations including the White Ribbon Alliance, the Global Fund for Women, the International Planned Parenthood Federation and the Malala Fund.

Bergdorf explained the importance of the poll in a statement: “Four years ago, a movement was born. Six million women and allies, on every continent, marched for our rights. And every year since then, with the support of Women’s March Global, we’ve kept marching. But this year, our world looks very different. And women’s voices have never been more critical. That’s why I’m standing in solidarity with my friends and partners for the ‘Global Count’ to ensure that, even if we can’t march, every woman and gender-diverse person, across every continent, will have the chance to be heard. I encourage everyone today to get online and participate in this vital and urgent campaign.”

Kimberlé Crenshaw, an American lawyer, civil rights advocate, and peer-reviewer of the Global Count, added: “Women’s March Global has taken strides to show that the people of the world are stronger when uniting in collective action. The 2021 Global Count gives people a say in the many issues they confront on a daily basis. And while we may not be able to march in person this year, we can still speak as part of a global movement. I urge all people, across all continents, to have their voices counted in this one-of-a-kind survey.”