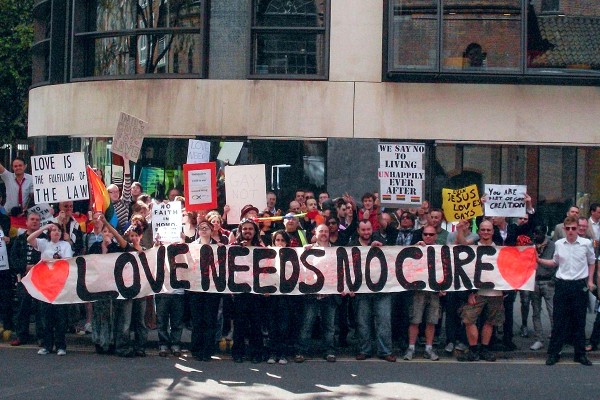 House of Commons liaison committee chair, Sir Bernard Jenkin, has urged UK prime minister Boris Johnson to ban LGBTQ+ conversion therapy, as well as address several other commitments the government has made, including implementing an animal welfare bill and stronger sentences for dangerous drivers. According to The Independent, Jenkin, has written an open letter to Commons leader Jacob Rees-Mogg, listing a series of bills which must now be “brought forward.”

Johnson previously said conversion therapy “has no place in civilised society”. He pledged to ban it in 2018, but since then little has been done to make this promise a reality, despite many LGBTQ+ activists urging him to take action. Jenkin encouraged Johnson and Rees-Mogg to address this issue, saying: “The Petitions Committee continues to receive two very popular petitions on two issues where the government has committed to acting, but legislation is yet to be introduced, on proposals for stronger sentences for drivers who kill or seriously injure and on banning the practice of conversion therapy.”

Other MPs have also spoken out against the controversial practice, with Conservative politician, Alicia Kearns, calling on the government to ensure that any future laws created against LGBTQ+ conversion therapy will be trans inclusive. She said it is the government’s duty to protect LGBTQ+ citizens from conversion therapy: “LGBTQ+ History Month is a time to reflect on how far we have come, but also to recognise that as Parliamentarians our work is not done. I hope MPs across the House will back the government’s plans when they come forward because sexual orientation is not a pathology, and we have a duty to make history by outlawing this barbaric and fraudulent practice.”