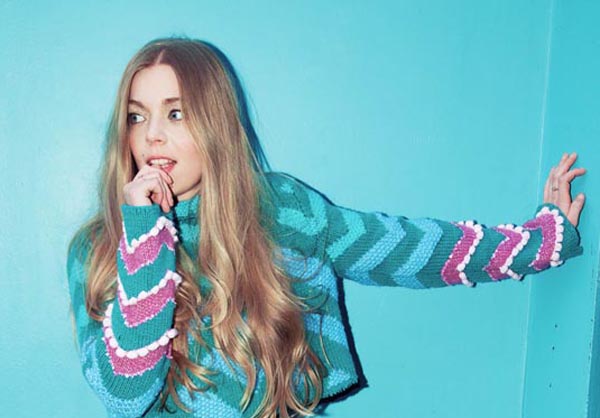 Becky Hill, M.O, Fickle Friends and KStewart will join the legendary Pet Shop Boys and Years and Years on the main stage of Brighton Pride at the Summer of Love Festival on Preston Park on Saturday, August 5.

Becky Hill scored her global first number one with Oliver Helden’s Gecko (Overdrive) with chart topping hits including Wilkinson’s Afterglow and Rudimental’s Powerless. Her solo career has seduced us with tracks including Losing, produced by MNEK, and Warm, declared by Radio 1’s Annie Mac as the Hottest record in the world.

Inspired by TLC, Destiny’s Child and Spice Girls, M.O burst onto the scene with their unique re-imagining of Brandy & Monica’s The Boy Is Mine (with a little help from UK rap upstart Lady Leshurr) on SBTV’s A64 session.

Hailed, “the only girl group you need to worry about” by DJ MistaJam, M.O’ s Show N Prove produced Wait Your Turn was declared a stand out tune by The Guardian.

Fickle Friends were described by the NME as “following the pathway to pop perfection”, and honed their live craft with appearances at over 50 festivals including The Great Escape, Reading Festival, SXSW, Leeds Festival and Bestival.

Enjoying critical acclaim with their brilliant singles Could Be Wrong, Say No More, Cry Baby, Brooklyn and Swim, their forthcoming album is produced by Mike Crossey (Arctic Monkeys/The Courteeners/The 1975).

West London native Kate Stewart aka KStewart comes from a family of talented musicians. Hailed by iD Magazine as this generation’s answer to Mariah Carey, and by The 405 as One To Watch with “all the makings to be the biggest popstar in the world”, KStewart’s collaborations include Marlon Roudette, Oliver Helden, TCTS and MNEK.

With more artists still to be announced this year, and 14 other entertainment areas, the Brighton Pride 2017 Festival is set to be the most spectacular ever.