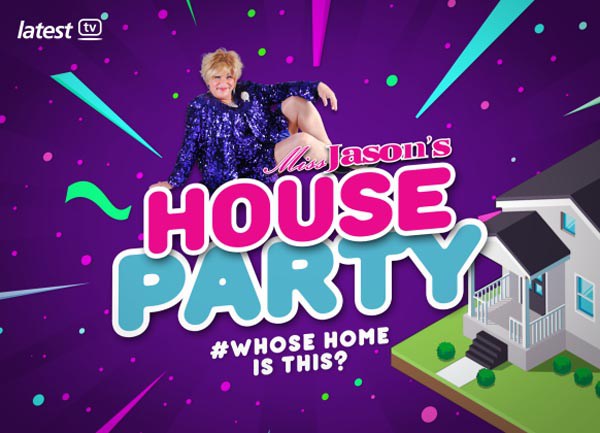 Jason Sutton has been entertaining live audiences from cabaret, to his fabulous one man theatrical show and now he’s on your TV screens!

Miss Jason’s House Party #whosehomeisthis is hosted by one of the UK’s top cabaret artistes and Brighton’s award-winning Drag Queen, Miss Jason, where the star-studded panelists, studio audience and TV viewers have to guess a well-known celebrity’s home from a set of video clues.

Bringing the glitz and the glamour to the Drag Queen panel this month is Stephanie Von Clitz and Kara Van Park who will be taking on the award-winning, internationally renowned vocalists and Eurovision Queen, Nicki French and Scottish crooner Allan Jay for the crown.

You can be part of one of the best cabaret nights in the City by joining the live TV studio audience, filmed in the centre of Brighton at the Latest Music Bar, Manchester Street.

Go along and join in the party on April 10 at 7pm. Limited seating available.

This one hour programme is sponsored by the fabulous Kemp Thai Kemp Town and Queen Arms in George Street and will be broadcast on Latest TV at 9:00pm on April 19.