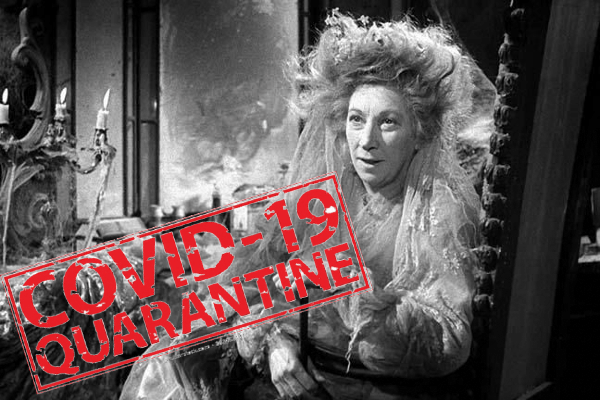 These are the personal views & refections of Michael James

Not so simple the events unfolding world wide, particularly in the USA and over here also.  There have been massive peaceful demos across this country and over the pond but as with all forms of civil unrest a tiny minority of any given population take the opportunity to let loose to riot and loot.  Not good for peaceful demonstrators but perfect for the forces of law and order to wade in with their batons, tear gas and much more.  A perfect excuse as well for any covert racists who spout the slogan ‘All Lives Matter’ to criticise the violence seemingly generated within the peace camp.  All is not that clear however.

There are much darker forces now at work. Political and religious extremists are taking advantage of the tense situation.

They are stoking the pent up anger of many people.  With the desired result of aparent rioting and looting.  Thereby giving the majority white law enforcement agencies the green light to get stuck in and make as much trouble and do as much damage to people as they can.  All is not going their way though.  Trump has temporarily overstepped his remit.  Many state governors are refusing to allow State troopers and the army to patrol their streets.  There is a kind of stand off at the moment.  Not only State Governors but some high ranking military are not at all happy with the prospect of the armed services shooting civilians.  I wonder how long they will last in their jobs with the madman in charge?

With the madman in charge indeed.  I will not write this compulsive liar off until the middle of January next year when he is finally tossed out of the White House, cos win or loose he ain’t going nowhere.  They are gong to have to drag him out kicking and screaming.  Hopefully into the nearest asylum with high medication.  The kind of medication that leaves you worse than you were, when you went in.  This man has haunted my dreams for weeks and I barely read much about him.  If he is doing that to my head what the fuck is he doing to those people who have to follow his every tick and wince?

It has gone beyond a joke now.  Not that it ever was a joke to begin with.  He is seriously messing with the stability of the whole planet.  He could take issue with anyone and set off the third world war.  That is how seriously I take him.

The old Peter Sellers film about such a mad American President who launched nuclear missiles is almost prophetic, given what we have come to learn about this creature from the depths of hell. I toss and turn thinking about ways to get rid of him.  And it’s not even my fucking country.  We have enough of our own problems here without having to worry about him across the pond.  I’ve just seen the end of a documentary about the failing corrupt Saudi Dynasty.  What I saw was more than enough.  I’ve ranted on from time to time about the biggest criminals on the planet are all the best educated and the richest people alive.  This program has proved my point perfectly.  We have to add to that list the number of others in very high places who know about the frauds being perpetrated upon the poor hard working British people who are still footing the bill.  Violent revolution rarely solves anything because those who pull the strings behind the scenes never get fingered. Violence simply clears the way for others even more venal to carry on screwing us all up. And so it goes around and around like a demented fairground ride in a horror movie.  And yet there are really some wonderful beautiful human beings.  What has gone wrong?  Why are we so complicit in our own degradation.  It is not as if we do not now know how these crooks are ruling and ruining our lives. We know their names.  They still run rings around us.  They still lie, cheat, murder and steal.  Why do we allow them to carry on doing that?   And we all think Trump is mad.  What does that make us then?

The gimpy gulls on the roof opposite have only one chick this year.  How much that is due to lockdown and their supply of chip butties drying up I do not know.  Doubtless that kind of information will be released sometime next year when they have got the stats in.  In the meantime I hope to have the joy of a little baby watching as it grows and develops in the next 8 weeks or so.  I hope this year they have a successful fledgling.

I have had a period of lethargy and energy loss not to mention an increasing dislike of leaving the flat.  Once I’m out and about it is ok but it is getting myself to the stage of actually leaving the flat alone.  There is little or nothing outside to tempt me.  Only Art bless him but last week was his final gin run.  Allegedly this past week I have been able to go out to get my own gin.  I’ll see how the week develops.  Talking of which the BLM protests have gathered apace both sides of the pond.  Violence and rioting have been seen but I have an increasing sense that the violence is promoted and provoked by what we used to call Agent Provocateurs.  Every protest group left, right or centre is infiltrated.  We, GLF, did that spectacularly in  1970 against the NFL, The Nationwide Festival of Light.  So I have no doubt it is still being carried on with the rise of any protest group.  Particularly those, any right wing organisation would deem a threat.  And BLM is a great threat, as big if not bigger than the Women’s movement.   As big if not bigger than the LGBT movement.  The biggest threat of all is if and when these three fundamental groups actually join up across the board

That is what the ruling far right elite are so desperately trying to stop.  I say far right, that is only applicable to Europe and the USA.  Other parts of the world the far left is in control and they are also worried.  The thing both these groups have in common is of course powerful men.  Alpha males who have overreached themselves in their quest for power.  These kind of men have ruled the planets countries in one form or another since the beginning of recorded history.  I think it is only now that others, particularly those in the medical and scientific professions are beginning to question this trait within society.  It has after all brought our species to the verge of extinction with little or no sign that they are going to stop, until they ultimately destroy everything within reach.  It is not so much Men as a male trait that has been allowed to flourish.  This trait is also found in some women but they have been dumped upon by their male counterparts.  I think it is a genetic aberration whose time has come.  It needs now to sink back deeply into the human DNA code never again to flourish.

Society now needs to support all kinds of artistic developments within our psyche.  We are at that stage I feel where we can dump the concept of a male god and concentrate on seeing what our gentle unfettered minds can come up with.  We have to use our talents now to clean up the mess we have created since the end of WW2.  We need the planet.  It is our home.  The planet does not necessarily need us.  It can and will survive and cleanse itself without our help over time.  When it might be time again to reintroduce another species to see if they can do any better.  I doubt they could do any worse.