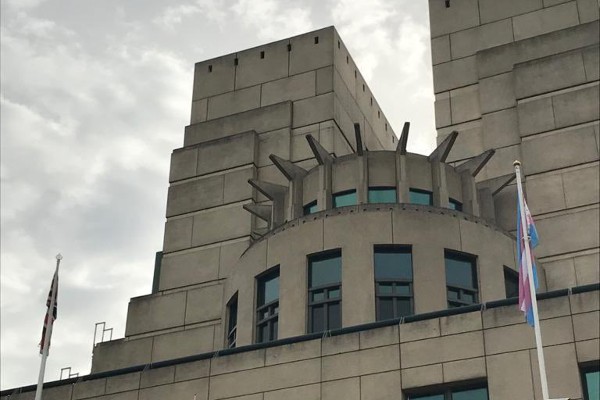 The MI6 headquarters in Vauxhall Cross, London, was seen flying the transgender flag for the first time in a move to promote LGBTQ+ inclusivity in the secret service. MI6 head Richard Moore displayed the flag to mark the Trans Day of Visibility (March 31), and tweeted a message of support for the trans community to commemorate the occasion: “We’re proud of our trans and non-binary colleagues and committed to providing an inclusive workplace where you can be your true self.”

Moore said that “diversity makes us more effective, inclusion makes us stronger”, and hopes more LGBTQ+ people will be encouraged to join MI6. The display of support for the trans community came after Moore issued a statement during LGBTQ+ History Month (February), apologising for historic discrimination against queer spies who were previously banned from serving in MI6.

Moore thanked former and contemporary LGBTQ+ MI6 workers, saying: “I pay tribute to the extraordinary resilience and loyalty to service and country of LGBTQ+ colleagues past and present, who educated their workmates and fought for change. As well as apologising, I am thanking current and former LGBTQ+ colleagues, for the contribution they have made, and continue to make, to MI6, and to our country.”