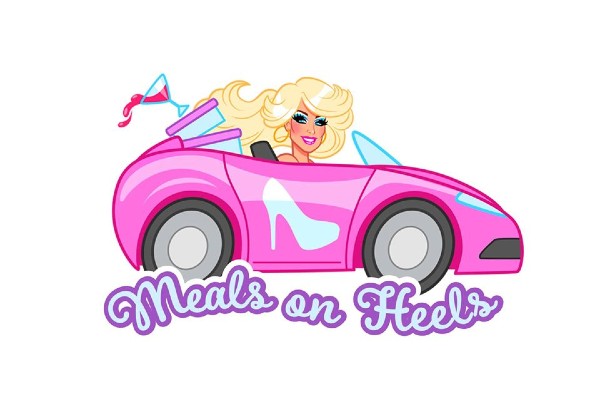 Covid-19 and cabaret are a difficult recipe, but some enterprising artistes in San Francisco have found a solution: Meals on Heels! Like many venues across the world, the city by the Bay`s Oasis club has seen its stage go dark during lockdown. Known as San Francisco`s premier drag venue, the Oasis is home to parodies and lip synching and the popular shows fed off the energy of a live audience.

“Covid hit and we thought we were going to maybe be shut down for a couple weeks, or a month or two, and its turned into a much longer thing,” said D’Arcy Drollinger, owner of the Oasis. Performers have found the last few months rough. Meals on Heels gives them a chance to perform and work. “You get dinner, some kind of signature Oasis cocktail, delivered by a drag queen, who also does a kerbside, socially distant, lip sync for you,” D`Arcy said. At $95 (£72.48) the three to five minute show package for two isn’t cheap but is just enough to lift people out of the covid-19 slump, mused D`Arcy. “And also kind of bring some normalcy back to people’s lives. They get to see a drag queen like they used to in the old days” she laughed.

Lindsay Slowhands is a performer at the Oasis. “For D’Arcy to create this, and have this opportunity for drag queens to perform live and have the audience feel that energy again, that just means the world, and I am really ready for that energy,” she said.

Meals on Heels started as a one off event but has proved so successful that the Oasis are thinking of making it permanent. “It was fantastic! It was so much fun! I loved it! I’ve never had food delivered like that!,” said customer Kevin Dubay. The deliveries are currently on Fridays with new menus put up on Saturdays and they often sell out.

You can get a taste of the performances at the Oasis from this Friday as Oasis TV on Youtube premiere Cyberotica! The Rock Musical. “Welcome back to 1999—it’s the end of the world as we know it. This cult rock musical comedy introduces us to Electra, Goddess of Technology, with an invitation to step back in time and watch her lure people into joining her world wide web. Set in 1999 when the Internet was still new and the world raged with Y2K madness, Electra promises everyone their heart’s desire. Cybersex and a New Year’s party that goes horribly wrong, everyone ultimately gets what they want. Once snared, can any of us escape Electra’s clutches? Starring: Owen Asdell, Jesse Cortez, Noah Haydon, Zelda Koznofski, Peggy L’Eggs, Crystal Liu, Kylie Minono, Jimmy Moore, Carol Ann Walker, and Crystal Why”

The show starts at 7pm in San Francisco ( 2am Saturday morning UK) and features a live chat with the stars of the show.