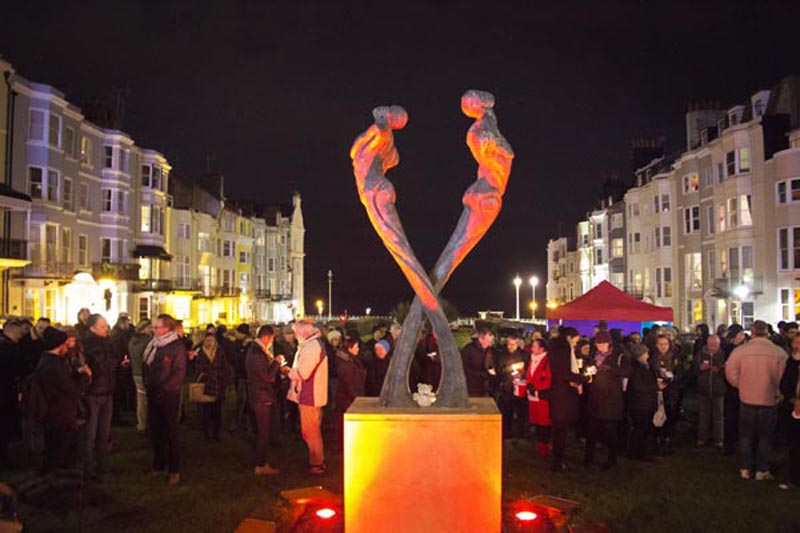 On Friday, December 1, in the shadow of the Brighton AIDS Memorial, The Mayor of Brighton & Hove, led city dignitaries in the reading of the names of those who had died from HIV/Aids in the city since the start of the pandemic.

James Ledward editor of Gscene magazine spoke about cutbacks to the city’s sexual health budget planned for 2017-2018 and said these “were a red line in the sand”. He warned that any further cuts in 2018-2019 could result in the city missing the fast track Cities targets it has signed up to and the Martin Fisher Foundation target of eliminating new HIV infections in Brighton and Hove by 2025.

Anna Bamford, Clinical Service Manager at the Community HIV Specialist Service, has been a nurse for the last thirty years, much of it spent in the HIV field supporting people with HIV in Brighton and Hove and West Sussex. Anna spoke passionately about the importance of tackling stigma and discrimination.