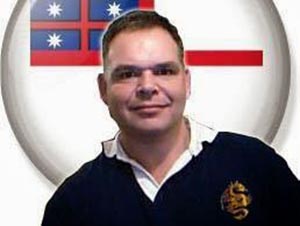 Brighton born and bred, Matthew grew up with his mother and sister in a council house in Portslade.

HE says he was discriminated against because he didn’t have a dad, so he escaped into the pages of 2000 AD and pretended Judge Dredd was his dad instead.

He left home and travelled to France aged 17; only to be called back months later because his sister had got pregnant aged 15 years old. He has since travelled the world and lived and worked in America, Hong Kong and Europe.

He says he joined the Army as a Royal Military Policeman aged 26 and since leaving in 2001 has gone on to run a successful business, and currently work pro-bono helping victims of child-abuse and police corruption “get the justice and compensation they deserve”. He intends to stand in the coming Sussex Police Crime Commissioner elections in 2016.

Statutory PSHE and Sex and Relationships Education for primary and secondary schools in England: Echoing Tong Blair’s rally call of education, education education; I fully support the Stonewall Equality manifesto across all its pillars. The only way society can break the bad habits and prejudices of previous generations is to educate children now, to mould them into the caring sharing citizens essential for a happy society. Homophobic, biphobics and transphobics have no place in all our futures and I’m happy to promote any initiative which fights phobics of any kind.

Combatting homophobic, biphobic and transphobic hate crime: The Stonewall riots were a spontaneous and violent reaction to the victimisation, vilification, discrimination and arrest of members of the gay community by the police. Surely only by coming together in the spirit of Stonewall can we again confront hate crime and combat it with equal vigour and determination. Thankfully the tide is turning and I believe more and more people are waking up to the seriousness of hate crime and are reporting it more and more, where-as before they may not have. I pray this trend continues.

International aid: I fully support sanctions against countries who fail to support their own LGBT communities. Aid must reach all people, not just the chosen few. Only by voicing our objections at the highest levels can we ensure LGBT interests are addressed. All too often Third World regimes adopt a medieval approach to LGBT issues and this must be counter-balanced. If the threat of withdrawing British investment against countries who fail to take steps to address and resolve LGBT abuses work, then use it. Money talks, and on this we can use money to get the LGBT message heard.

Reviewing the laws affecting trans people: Over 10 years of the Gender Recognition Act is long enough. Problems have risen which taints the goal of equal rights for everyone. Clearly trans-people aren’t being treated as equal citizens with equal rights as the rest of us and this must be resolved with haste. This is a perfect opportunity to turn a negative into a positive and use this as a means to raise the LGBT voice and tell the world, trans-people are alive and kicking and deserve to be heard. LGBT equality must sit at the heart of our political establishment.

Matthew’s position on the future Commissioning of Health Services and how that affects the Sussex Beacon:

“During this election I’ll publicly sign a pledge to defend the NHS against privatisation. While I scoff at the idea of multi national companies banging on the door, I welcome the inclusion of charities such as the Sussex Beacon and Mankind, to service the areas which the NHS cannot reach. A third way must be adopted in this instant. I want to see a more natural health service in which the doctors subscribe to a change of career rather than prescribing pharmaceutical drugs. Only independent charities and individuals can make this happen. We the People enact the change we want to see.