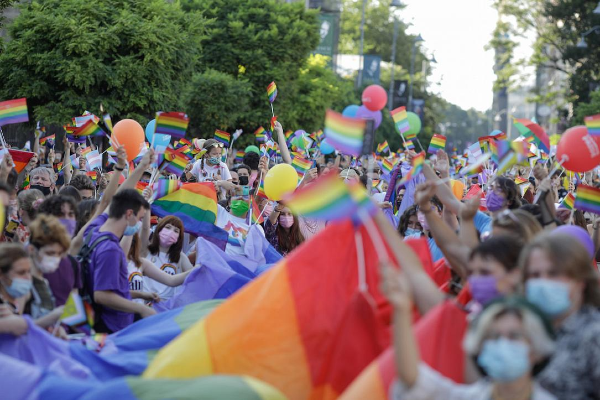 More than ten thousand people attended Bucharest Pride to demand equality for Romania’s LGBTQ+ community, making it the first Pride event to be held in the country since the beginning of the Covid-19 pandemic. LGBTQ+ activist Teodora Ion-Rotaru told the Associated Press that Pride organisers are asking for the “very basics”, meaning protection from violence and discrimination.

The march comes after lawmakers from two different Romanian parties said they plan to introduce a ‘gay propaganda’ law later this year to ban the sharing of LGBTQ+ related content with under 18s in schools. A similar bill was recently passed in Romania’s neighbouring country, Hungary, in a 157-1 vote, causing concern that Romania will follow in its footsteps.

The European Union is currently assessing whether the new law in Hungary breaches the bloc’s legislation. European Commission president Ursula von der Leyen said EU is “very concerned” about the law, and intends to assess it in line with the union’s legislation on LGBTQ+ rights.