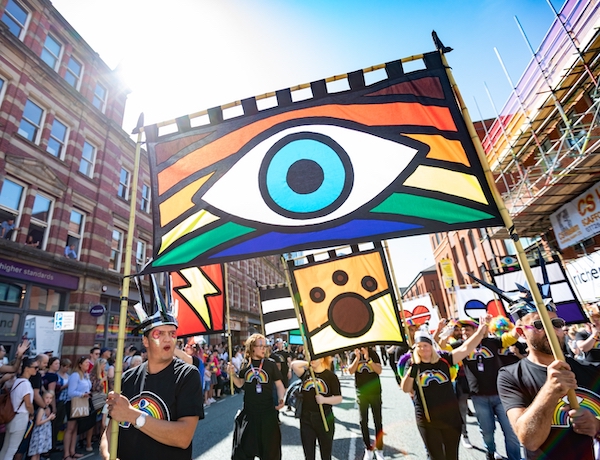 Manchester Pride Charity has revealed the changes it will implement following its consultation with the region’s LGBTQ+ communities.

The six-month review was conducted after some LGBTQ+ communities indicated the focus of the charity’s grant-giving no longer re-elected some of the key causes that mattered most to them.

The findings from the consultation addressed key areas surrounding its role in grant making for local groups and causes, as well as the format and delivery of the annual Manchester Pride celebration in August.

The stand-out themes which will be taken forward include:

Paul Wheeler, Chair of Manchester Pride’s board of trustees, said: “I’d like to say a big thank you to the thousands of individuals who had their say on the future direction of the Charity. Manchester Pride should be something everyone feels proud of and can see a little bit of themselves reflected back in.

“We acknowledge we got some things wrong last year and we’re sorry for the upset and frustration this caused. It is important that Manchester Pride reflects what Manchester’s LGBTQ+ communities tell us they want and this review has shown how we can do better.

“The communities have been clear in saying their must-have elements over the weekend specifically include the Parade, the Candlelit Vigil and the Gay Village Party, whereas MCR Pride Live was seen as less important to furthering our cause.

“First and foremost, we’re a campaigning charity fighting for equality and opportunities for LGBTQ+ individuals across Greater Manchester, and the response from across our communities corroborates that position. We want more input into the charity’s operation, with a greater focus on campaigning, lobbying and education, whilst seeing fewer celebrity headline acts at MCR Pride Live.

“That’s why we’re going back to our roots, our Pride celebration is about protest. As a result, we’ve listened to the communities’ comments, and will address their recommendations to refocus efforts back towards activism.

“Furthermore, we will commit a fixed amount or percentage of each ticket purchase to Pride events directly to the community fund and provide clarity on where the remainder of the amounts generated from ticket sales is attributed.”