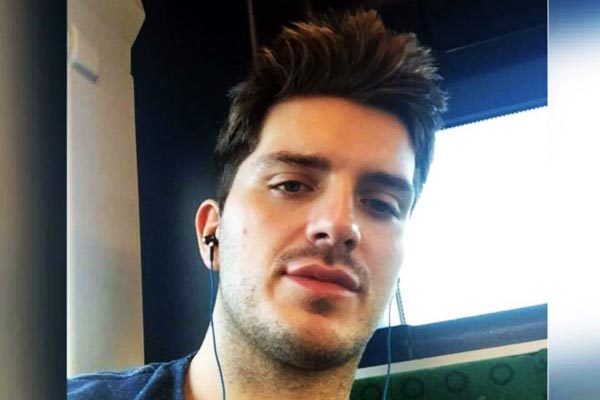 A former Brighton hairdresser who deliberately infected at least five sexual partners with HIV has been convicted of causing grievous bodily harm.

Darryl Rowe, 27, was also convicted of five counts of attempting to cause grievous bodily harm with intent following a trial at Lewes Crown Court.

The court heard how Rowe embarked on a campaign of unprotected sexual activity following his HIV diagnosis in Scotland, in April 2015.

Later that year, Rowe moved to Brighton and, over a four-month period, had sexual relationships with eight men in the area, whom he met online.

After his initial interview with the police, Rowe was bailed with a requirement to live outside Brighton and moved to Berwick-upon-Tweed, where he went on to have unprotected sex with another two men, using a pseudonym to ensure they did not find out his identity.

His victims asked whether he had HIV and, each time he was asked, he lied and told them he was HIV negative before insisting on unprotected sexual intercourse. On occasions where the men insisted that Rowe use a condom, he deliberately sabotaged them.

Nigel Pilkington from the Crown Prosecution Service, said: “Rowe embarked on a deliberate campaign to infect other men with HIV after being told of his positive test. He had been advised to notify all sexual partners of his HIV positive status.

“He repeatedly lied to his victims, telling them he did not have the virus, and even stated in police interviews that he was HIV negative.

“When his victims would not engage in unprotected sex, Rowe deliberately sabotaged the condoms he wore and afterwards sent the men abusive and mocking messages.

“The CPS presented a compelling case to the jury, demonstrating how Rowe knew exactly what he was doing and intended to do serious harm to his victims. They bravely came forward to report what had happened to them and, thanks to their support, we have been able to bring Rowe to justice.”

Deborah Gold, CEO of NAT (National AIDS Trust), said: “This is the first time someone has been convicted of intentional HIV transmission in England, and indeed it is the first time such a charge has ever gone to full trial. It is not surprising that such a case is unprecedented.  To be guilty of intentional HIV transmission you have to both want to harm a sexual partner by passing on HIV to them and then succeed in doing so. Such behaviour is utterly exceptional and vanishingly rare.

“To find someone guilty it is important that the charge is proved beyond reasonable doubt.  Compelling evidence should always be required to demonstrate such motivation and responsibility for transmission.

“We must remember that an overwhelming majority of HIV transmissions are from people who are unware that they are HIV positive (they have not yet tested and had an HIV diagnosis) and, therefore, unaware that there is a risk they could pass the virus on. Indeed, people who are on effective HIV treatment cannot pass the virus on. In the UK, 93% of people diagnosed with HIV are non-infectious for this reason. We are all responsible to practice safer sex with new and casual partners, and as and when appropriate discuss honestly with them how to remain as healthy as possible in our sex lives.”

A spokesperson for Terrence Higgins Trust the sexual health charity, added: “This case is absolutely unprecedented, and is the first time an individual has been convicted of intentional HIV transmission in England.

“An overwhelming majority of HIV transmissions are from individuals who don’t know that they’re HIV positive, and have no idea that there is a risk of them transmitting the virus to others. People living with HIV who are on effective treatment cannot pass it on.

“It’s important to practice safe sex with new and casual partners to prevent the transmission of HIV. One way of doing this is by regularly testing and knowing your status, which helps all people to be as healthy as possible in our lives.”